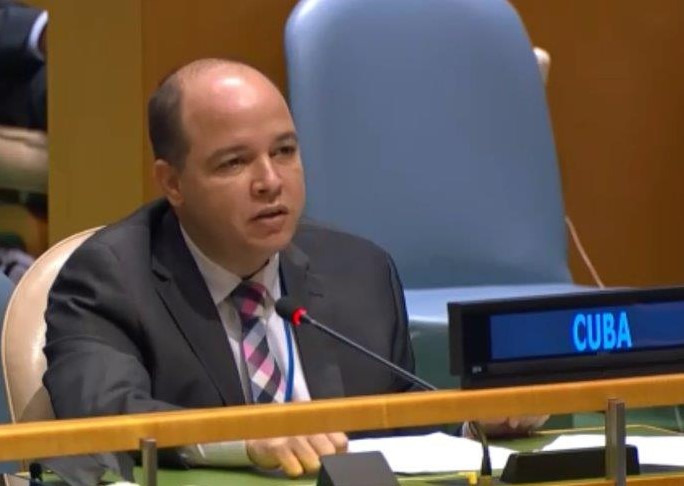 United Nations, February 23 (RHC)-- Cuba's deputy permanent representative to the UN, Yusnier Romero Puentes, supported in New York the strengthening of the governing role of the General Assembly (UNGA) as the central normative, deliberative, policy-making, and representative body of the United Nations.

Speaking at the Special Committee on the UN Charter and Strengthening the Role of the Organization, the diplomat defended compliance and strict adherence to both the letter and the spirit of the Charter.

He argued that this is a fundamental aspect to ensure the realization of the Organization's three pillars to advance towards establishing a more peaceful and prosperous world and a truly just and equitable world order.

Romero Puentes referred to the relevance of the Committee's annual sessions and the issues under its agenda, which are confirmed in an international context in which some countries are recurrently trying to impose reinterpretations of the principles and purposes of the United Nations Charter.

"The aim is to promote interventionist political agendas, to the detriment of the integrity and sovereignty of developing countries, and in frank disrespect for the principles of international law," he said.

He underscored that the remarkable role of the Committee for the Organization is evident, despite the continuous attempts by some Member States to obstruct its work, "for which reason, the Cuban delegation opposes any attempt to biennialize its work or diminish its agenda," he said.

The diplomat invited to engage in a constructive and genuine dialogue that shows a valid political will and allows progress to be made on the long-standing issues included in the Committee's agenda.