Another body found and Saratoga Hotel death toll rises to 44 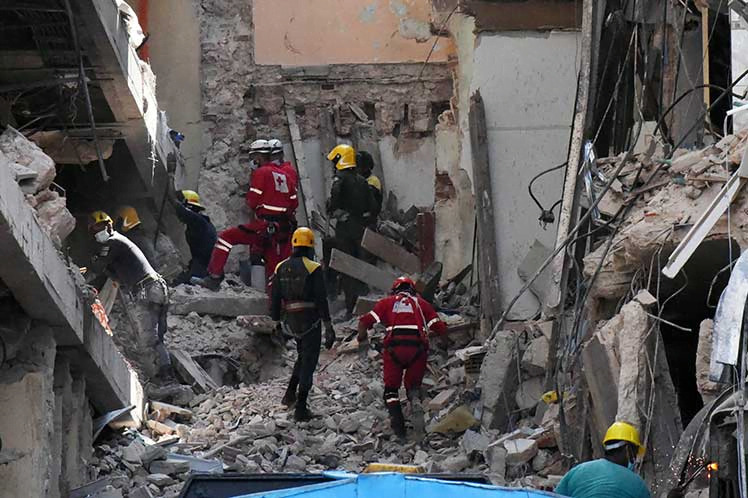 Havana, May 12 (RHC)-- Rescuers and firefighters found on  Wednesday another lifeless body under the debris of the Saratoga Hotel, while one person is still missing after  Friday's explosion.

Colonel Luis Carlos Guzmán, head of the Fire Department, assured that the search and rescue crews would continue working under challenging conditions due to the structure's instability.

With this discovery, 44 people have died. Almost a hundred were injured by the blast, apparently provoked by a gas leak.

Authorities assured that the search continued with the help of skid steer loaders to extract debris from the basement of the Saratoga hotel.

The Communist Party leader in Havana, Luis Antonio Torres Iríbar, confirmed that efforts are focused on this task and that representatives of the country's highest authorities, the Revolutionary Armed Forces, and other institutions remain at the accident site.