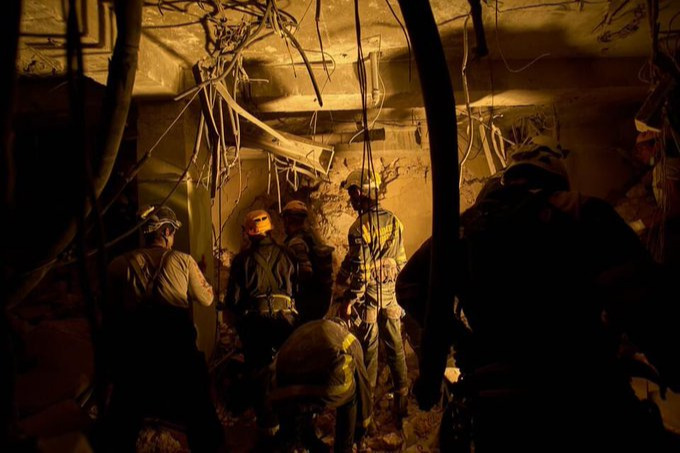 "We are in practically 100 percent of the premises", Colonel Luis Carlos Guzman, head of the Cuban Fire Brigade, told Prensa Latina.

He affirmed that the search continues amid difficult and dangerous conditions, which is why rigorous security measures are being maintained to protect the lives of those involved in the operation.

The Ministry of the Interior official explained that now they are working with more information gathered among the Saratoga workers, which helps, together with the canine technique, to be more efficient in the search.

It was reported that there are still three hotel employees missing among the debris that filled the basement and the ground level of the building.

According to the most recent official report, the death toll currently stands at 43. Ninety-six were injured, the Cuban Ministry of Public Health announced.

It posted on its website that of the current fatalities, 23 were male, 20 were female, four were minors, a pregnant woman, and a Spanish tourist.

The Saratoga was scheduled to reopen this Tuesday after two years of being closed due to the Covid-19 pandemic, so there were no tourists inside.

Many of the fatalities were employees, two young restaurateurs, and passers-by in that area, one of the busiest in Havana.