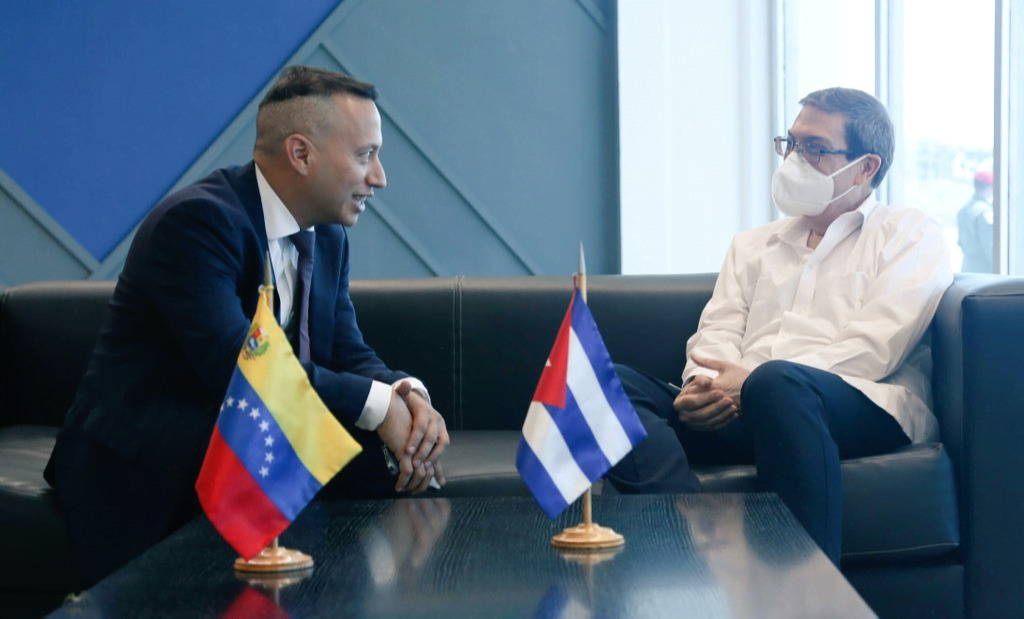 Upon his arrival at the Simón Bolívar International Airport in Maiquetía, Rodríguez was received by the Deputy Foreign Minister for the Caribbean, Raúl Li Causi.

During his stay in the Bolivarian nation, the Foreign Minister will exchange with high-ranking officials of various sectors of bilateral interest.

In recent statements, President Nicolás Maduro praised the willingness of both governments to move on the foundation and strengthen cooperation ties, adjusted to the present international situation.

“We´re taking the way towards a creative and deep refoundation of bilateral cooperation to improve and strengthen mutual support”, with a view to a new stage of prosperity for both countries and the rest of Latin America and the Caribbean,  Maduro stressed during an official visit paid by Cuba´s Prime Minister Manuel Marrero.

He stressed the significance of adapting bilateral collaboration to new times to positively impact the social, economic, and cultural life of the Cuban and Venezuelan peoples; “We’re going down that path,” Maduro said.

The Venezuelan head of State noted that in the last two decades, his country and Cuba had built a deep network of cooperation, allowing both nations to face up several situations in a united and creative manner, in a model of collaboration that is an example for the rest of the world.