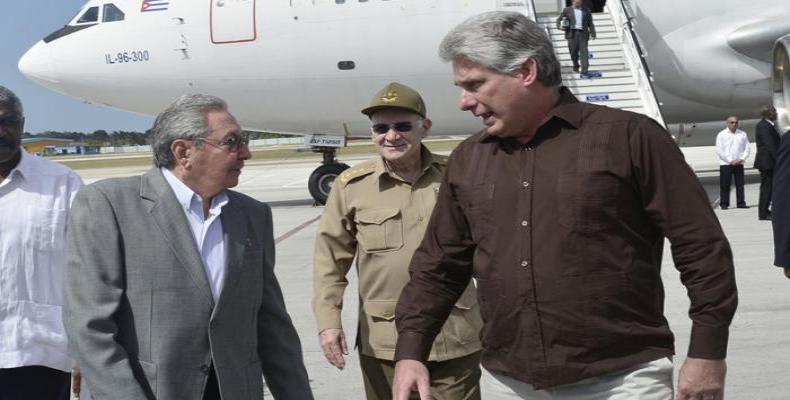 Havana, March 4 (RHC) -– Cuban President Raúl Castro has returned to Havana after a three-day visit to Uruguay for the inauguration of Tabaré Vazquez, who returns to the presidency in the South American country.

Footage of the president's arrival on Tuesday was broadcast on national television, showing Raul Castro being welcomed by First Vice President Miguel Diaz-Canel and other government officials.

While in Uruguay for the first time, Raul Castro met with Vazquez (who also served as president from 2005 to 2010) and other leaders of the Frente Amplio governing coalition. He also held talks with the outgoing president, José Mujica.