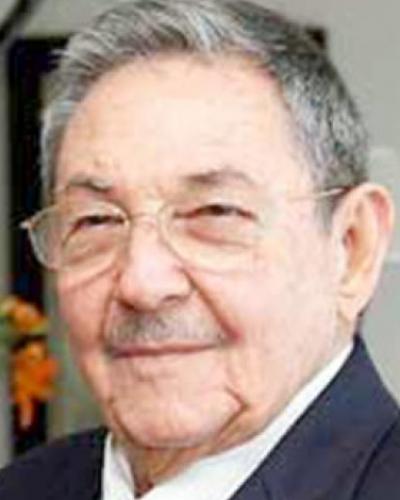 United Nations, September 25 (RHC)-- Cuban President Raul Castro arrived Thursday in New York to participate in the United Nations Summit dedicated to the approval of the Post-2015 Development Agenda and the General Debate of the 70th Session of the UN General Assembly.

According to this morning's edition of Granma newspaper, the Cuban president was welcomed at the John F. Kennedy International Airport by Ambassador Jose Ramon Cabañas and the island's permanent representative at the United Nations, Rodolfo Reyes.

During his first official visit to the United States, the Cuban head of state will meet a tight working agenda that includes his statement at the Meeting of World Leaders on Equity of Gender and Empowerment of Women.  He will also meet with several heads of state, U.S. congressional representatives, personalities and Cubans residing in the United States.

Cuban President Raul Castro is also scheduled to attend the ceremonies for the establishment of diplomatic relations between Cuba and Marshall Islands and Palau.