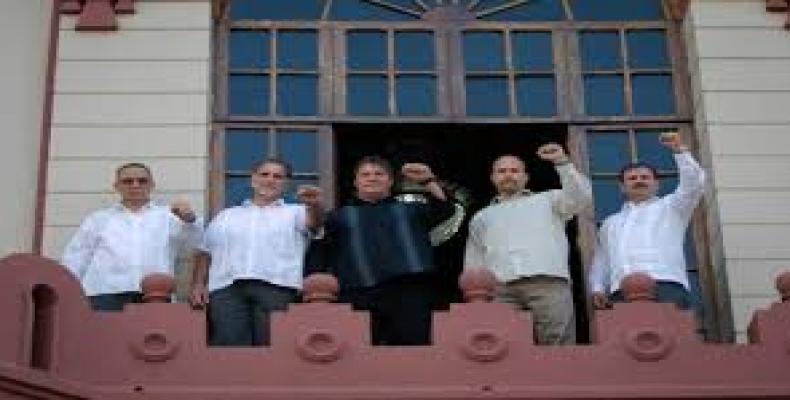 Johannesburg, November 25 (RHC)-- The Cuban Five have been presented with the Elijah Barayi Award, granted by the Congress of South African Trade Unions (COSATU), in recognition of their impeccable effort in the fight against terrorism and their firm resistance against injustice.

Cuban Ambassador to South Africa Carlos Fernández received the award on behalf of the Five Cuban Heroes: Gerardo Hernández, René González, Ramón Labañino, Antonio Guerrero and Fernando González, during the 12th National Conference of South African Trade Unions, which is holding sessions in Johannesburg with the participation of more than 2,500 delegates.

Ambassador Fernández thanked COSATU on behalf of the Cuban Five. He highlighted the friendship and solidarity links between Cuba and South Africa. The award was also granted posthumously to Bolivarian leader, the late Hugo Chavez, for his outstanding leadership and services rendered to his peoples and to other peoples the world over.