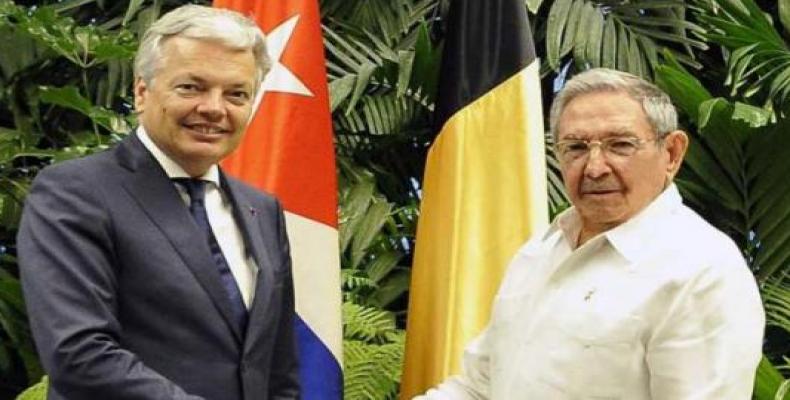 Havana, May 31 (RHC)-- President Raúl Castro has received Didier Reynders, Belgian Deputy Prime Minister and Minister of Foreign and European Affairs, who is on an official visit to Cuba.

During the cordial meeting, held Monday afternoon, President Raúl acknowledged the constructive contribution Belgium has made to the improvement of relations between Cuba and the European Union.

Prior to this meeting with the Cuban head of state, Reynders signed an agreement with Vice President Ricardo Cabrisas to restructure Cuba's long and medium term debt with that European country.

Cuba and Belgium have maintained uninterrupted relations since August 18th, 1902.