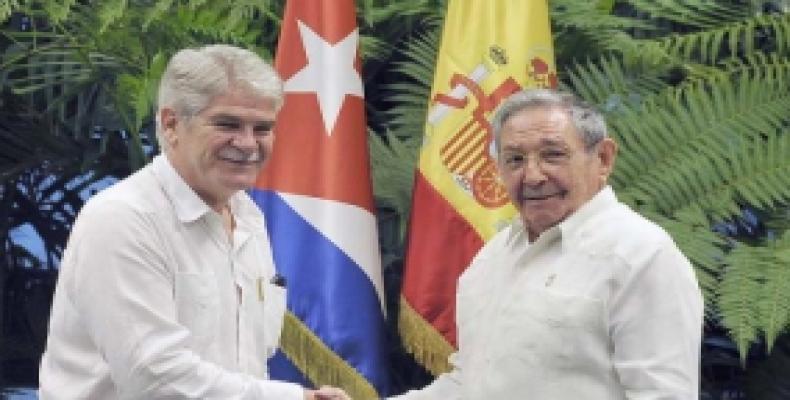 During the cordial meeting, the two leaders expressed their satisfaction with the positive development of bilateral relations and reiterated their intention to continue expanding them, as is appropriate for two countries which share longstanding historical and cultural ties.

The Cuban head of state and the Spanish top diplomat also addressed a number of issues on the international agenda.

Prior to his meeting with President Raúl, the Spanish minister for foreign affairs and cooperation held talks with his Cuban counterpart Bruno Rodríguez, and presented Havana's Historian Eusebio Leal with the Royal Order of Isabella the Catholic, which was granted to the prestigious Cuban intellectual last May by King Felipe VI.