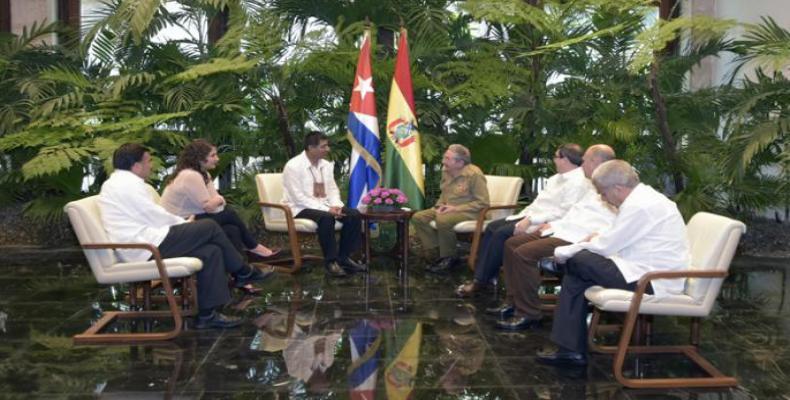 During the fraternal exchange, Raúl and Huanacuni reviewed the state of bilateral ties, which they both described as 'excellent', as well as the existing potential to further strengthen cooperation in areas of mutual interest.

They also touched on other regional and international issues.