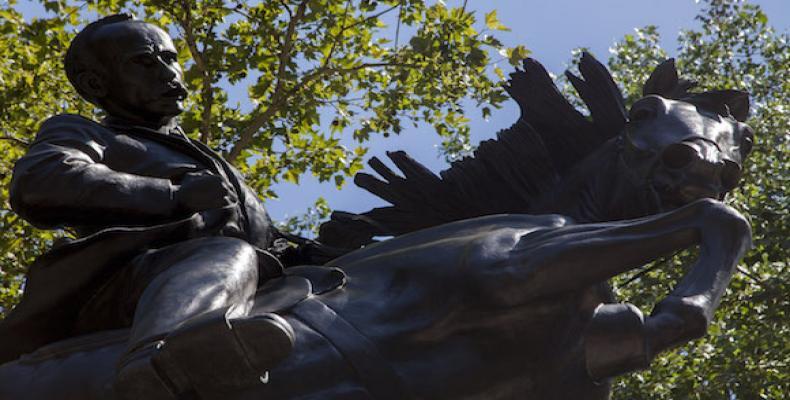 Cabañas wrote on his twitter account that the sculpture will be  presented as a gift to the Cuban people. He added that it is an initiative of the Bronx Museum of the Arts, a leading museum of contemporary art with a three-decade history of cultural exchange with Cuba.

Hyatt Huntington’s sculpture, completed in 1958, celebrates the significance of Martí as a man of arts and letters, committed to the cause of Cuban independence.

Through its Friends of José Martí Sculpture Project, the museum  raised $2.5 million to fabricate the bronze replica, organize its installation and dedication in Havana, and also to conduct a series of accompanying public and educational programs in the United States and Cuba to introduce new generations to the importance of José Martí and a life inseparably devoted to the arts and social justice.

The Office of the Historian of the City of Havana has enthusiastically stated that it will accept the monument with gratitude and permanently set it on the Paseo de Prado, also known as Paseo de Marti o Prado – in the historic section of Old Havana, which has been a UNESCO World Heritage Site since 1982.