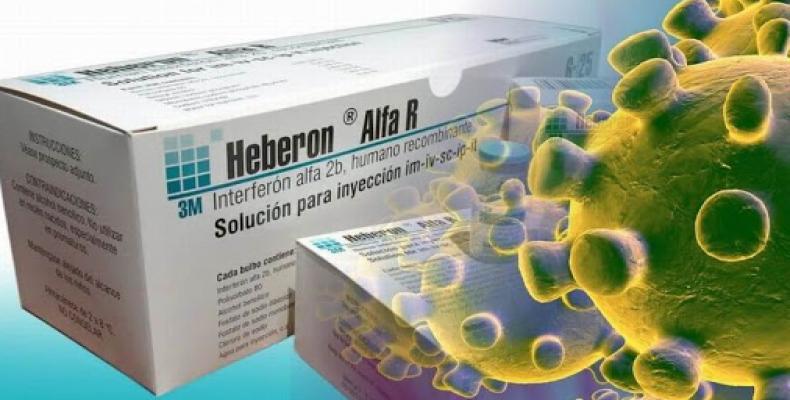 The Recombinant Interferon Alpha 2B (IFNrec), an antiviral produced by the Cuban biotech industry, is being used by Chinese doctors to treat patients infected by the coronavirus.

To date, the disease has affected over 31,000 people and has killed some 600 patients worldwide.

Since January 25, the ChangHeber Company, located in Changchun city, in Jilin province, has been producing the famous Cuban antiviral, which is one of 30 medicines chosen by the National Health Commission for its potential to cure respiratory diseases, reported the Cuban Ambassador to China, Carlos Miguel Pereira.

It is also effective in therapies against different types of cancer.

ChangHeber, Biotech, and Changchun Heber Biological Technology are three companies that have joined forces within the framework of Chinese-Cuban cooperation in the biotechnology sector, which has wide prospects for future economic growth. ​​​​​​

The Asian nation is battling relentlessly against the coronavirus and its resulting pneumonia. In the absence of an effective vaccine, China applies to patients a combination of state-of-the-art antivirals and products from traditional medicine.