Solidarity, not buck-passing, the most powerful weapon in global COVID-19 fight 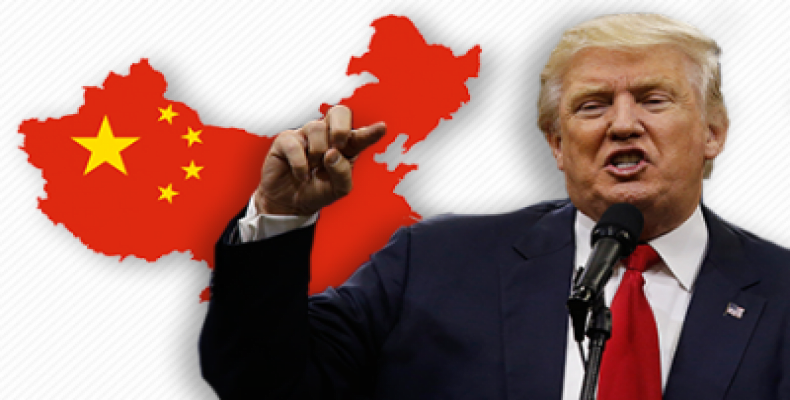 As the coronavirus pandemic continues, posing an enormous threat to global public health security, it is imperative for the international community to join hands to fight the disease.

However, at this critical moment, the administration of the United States, now the epicenter of the disease, instead of combating more than 1.3 million cases at home, has tried its best to stigmatize China and spread disinformation with an aim to divert attention from its own botched response, disrupting the global fight against the virus.

Unbelievably, some U.S. politicians and media outlets claimed that China should be held accountable for the global pandemic, accusing China of covering up information about the outbreak, demanding China to compensate for the losses incurred, and even resorting to conspiracy theories by claiming that COVID-19 could be human-made and have escaped from a laboratory in the central Chinese city of Wuhan.

As to why the White House has been so devoted to blaming China when the American people are suffering greatly from deteriorating coronavirus situation at home, recently leaked GOP memo guidelines provide answers.

The 57-page strategy document, which was sent by the National Republican Senatorial Committee to GOP campaigns, is focused on three main lines of assault: That China caused the virus "by covering it up," that Democrats are "soft on China," and that Republicans will "push for sanctions on China for its role in spreading this pandemic," Politico summarized.

The memo also advises Republican candidates to blame the Chinese government when President Donald Trump is questioned over his handling of the pandemic and to reject claims that calling COVID-19 the "Chinese virus" is racist.

In face of the growing discontentment at home over worsening epidemic situation, economic depression, rising jobless rate and ill-funded public healthcare system, among others, the ruling party has put reelection at a much higher place than saving lives of the people and solving domestic concerns.

Again, ahead of 2020 campaign, China has become a convenient target for ruling party to scapegoat or deflect attention away from their irresponsibility and incompetence in handling the outbreak.

China did not cover up and has shared pandemic information in a timely fashion with the world from the beginning.

Since Jan. 3, China has been regularly informing the World Health Organization (WHO), relevant countries, including the United States, on the latest control situation.

On Jan. 12, China shared with the WHO information on the genome sequence of the novel coronavirus, which laid a solid basis for global scientific research and vaccine development.

China's measures to counter the virus have been most comprehensive, rigorous and thorough, carried out in an open, transparent and responsible manner.

WHO praised China for setting a new benchmark for the world in fulfilling its international duties.

China's arduous efforts and tremendous sacrifice in the battle against COVID-19 have provided the world precious time to enhance preparedness.

However, the U.S. squandered the valuable time from the beginning, dismissing the warnings flashed by China or the WHO, or even its own intelligence sources.

Some major U.S. press outlets have published their own investigations and found that White House responded too late and too slow and missed a number of critical turning points against the virus.

The Washington Post shed light on major mistakes the White House made over the first 70 days of the outbreak by remaining deaf "until the enemy had already struck."

The Boston Globe have largely been critical of Washington's clumsy response to the virus, saying the White House "unfit" for handling the crisis.

"The U.S. has wasted the whole of February and early March," echoed Richard Horton, editor-in-chief of the Lancet.

The Associated Press said the United States responded to the pandemic with a system of "cascading failures and incompetencies."

Some U.S. politicians just couldn't wait to smear China by claiming that COVID-19 originates from a laboratory in Wuhan, but failed to provide any evidence.

The matter of the origin of the virus should be handled by scientists and not politicians.

Many researchers have ruled out the virus was created or engineered in a lab, with genetic studies showing that the virus has a natural source, evolution, and a transmission most probably of leaping from animal to human.

Michael Ryan, executive director of the WHO Health Emergencies Program, told a virtual press conference that scientists who are examining the genetic sequences of the virus have assured "again and again that this virus is natural in origin."

Parallel to the conspiracy theories, Washington made the decision last month to halt funding for the WHO, another irresponsible action.

It could not come at a worse time when the world needs the WHO more than ever to coordinate international efforts and lead the fight.

For many poor countries relying on the WHO for resources and expertise, the U.S. decision is no doubt a worrying shock.

However, to global disappointment, Washington's decision has made it a disruptor and set a bad example by acting selfishly during this vital struggle.

U.S. politicians should spend more time on bringing the outbreak in the country under control as early as possible and cease aimless finger-pointing.

Viruses know no borders or races and are a common enemy of humankind.

In an age of globalization, countries around the world share the weal and woe in face of a myriad of daunting challenges.

The need to weather those challenges drives home the urgency of building a community with a shared future for humanity.

Soon after containing the epidemic at home, China immediately set about aiding others by providing medical supplies, sending medical experts and sharing its valuable lessons and experience, demonstrating the theme of a community with a shared future for humanity.

Faced with the worst pandemic in decades, only with solidarity and cooperation can the international community prevail and protect our common home.