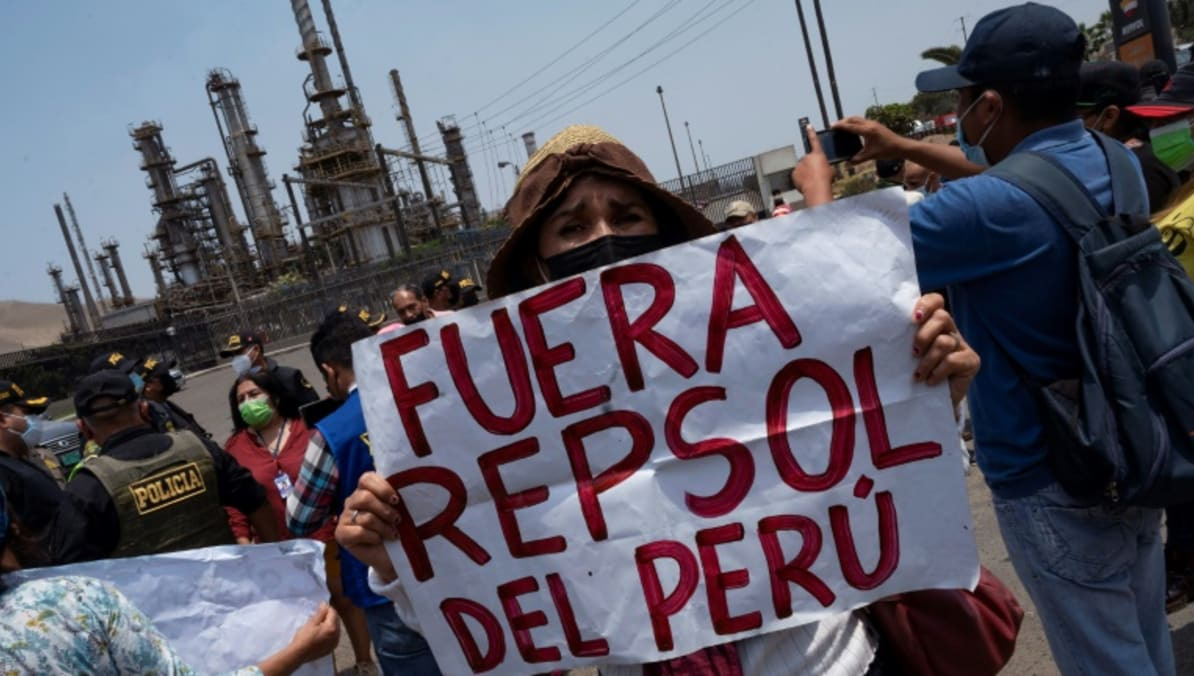 The government of Peru filed a lawsuit against the Spanish company Repsol for the spill of thousands of barrels of oil last January in Peruvian waters, which caused serious environmental damage and damage to the economy and livelihood of the inhabitants of the area.

The government of Peru filed a lawsuit against the Spanish company Repsol for the spill of thousands of barrels of oil last January in Peruvian waters, which caused serious environmental damage and damage to the economy and livelihood of the inhabitants of the area.

Four billion 500 million dollars is the compensation claimed in the legal action, filed before the Superior Court of Justice of Lima by INDECOPI, the National Institute for the Defense of Competition and Protection of Intellectual Property.

The lawsuit, which includes other companies, was immediately rejected by the multinational that already when the fuel spill tried to evade its responsibility.

The oil company first tried to link the spill, which occurred when the Italian tanker Mare Doricum was unloading crude oil at the La Pampilla refinery, in the municipality of Ventanilla, in the north of Lima, to an unforeseeable maritime phenomenon due to the eruption on January 15 of a volcano on the island of Tonga, in the Pacific.

However, people present at the time in the area denied that there had been an abnormal surge.

The Peruvian Ministry of Environment estimated that at least 1,400 hectares of sea and land were affected by the event, as well as some 500 hectares of protected marine fauna reserves. Fish, mammals and birds died as a result of the event.

Also, more than 700,000 people were affected. Some twenty beaches were closed and businesses, restaurants and tourist services ceased to operate.

A UN commission of experts, which traveled to Peru last February, described the oil spill as the "worst ecological disaster in the country's history".

What happened in Peru has added to the long list of the great damage caused to the environment and human health by multinationals, which have an annual turnover of billions of dollars.

The disaster caused by the North American company Chevron-Texaco in the Ecuadorian Amazon is well known. For 26 years the transnational company dumped millions of gallons of oil and toxic waste in water and soil.

The contamination claimed numerous human lives. In the areas where it operated, the highest cancer rates were recorded, two ancestral peoples were extinguished and others were forced to emigrate.

Unfortunately, there are many foreign companies linked to events of this kind that date back decades and have had a high cost in Latin America.

The lawsuit filed by Peru is the first brought in the South American nation against an oil company, which throughout time has always avoided by all means to recognize and assume its responsibility.