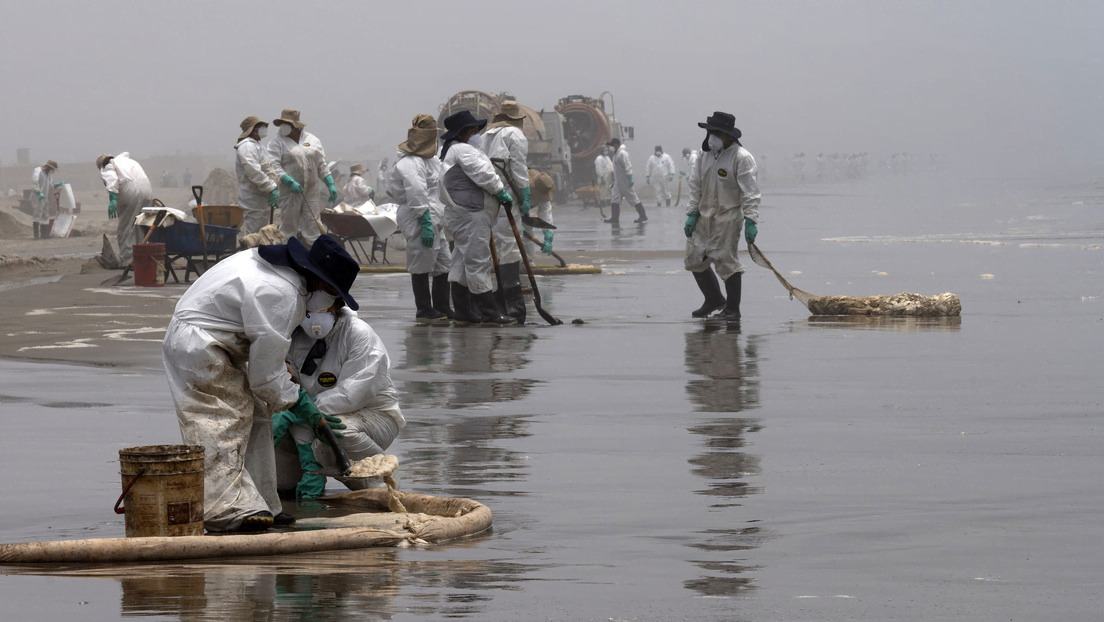 The conclusion of a mission of UN experts on the spill of almost 12,000 barrels of oil by Repsol in Peru is not encouraging. The damage to the west coast of the South American country, whose authorities have denounced that the Spanish company is not complying with its responsibility, will last from six to 10 years.

The specialists, who toured the damaged areas, described the spill as serious, which the Spanish petrochemical company delayed in notifying the Peruvian authorities, in addition to lying about the number of barrels of crude oil spilled and tried to blame the unfortunate event on an anomalous swell resulting from the eruption of an underwater volcano near Tonga.

It even tried to blame the Peruvian navy, alleging that it was not warned of the sea conditions, when people who were in the area stated that at no time did they witness a strong swell.

The event took place on January 15 and has already affected 112 square kilometers of sea and coastline, including two protected natural areas. The environmental, social and humanitarian impact of the spill is serious. Thousands of fishermen and merchants have lost their source of livelihood, and birds and marine mammals continue to die.

The government of President Pedro Castillo has thrown itself into cleaning up the affected region with the means at its disposal, but has emphasized that it does not have the necessary technology.

The authorities imposed a first fine of 122 THOUSAND dollars on Repsol for not having identified and informed, within the legal deadline, which are the areas affected by the spill.

They have denounced that the Spanish energy company is not complying with its task and that international and national laws emphasize that any accident of this type has to be solved by those responsible.

But Repsol is trying by all means to avoid taking responsibility and is looking for culprits. Now it has filed a claim with the owners of the Italian cargo ship Mare Doricum and its insurers, which is the beginning of the process of covering the damage caused by the oil spill. The vessel was in charge of unloading the fuel.

The truth is that most transnationals try in one way or another to avoid their responsibility for the serious damage they cause to the environment and surrounding communities for profit, in a totally contemptuous attitude towards human, animal and plant life.

Experts, environmentalists and Peruvian civil society organizations have denounced that events such as the one that occurred on January 15 are not unusual for the country, and that previous governments have not had sufficient commitment and will to adopt a policy that protects nature and toughens the requirements for foreign companies.