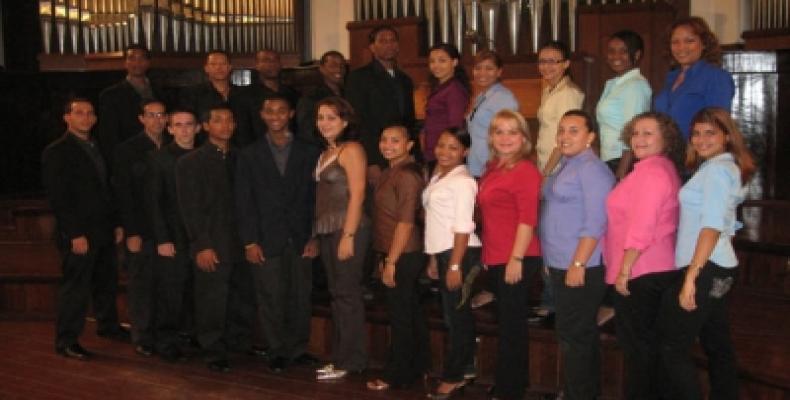 Cuban President, Army General Raúl Castro sent a congratulatory message to the Orfeón Santiago Choir on its 55th birthday at the closing of international choir festival.

‘55 years have passed since maestro Electo Silva founded one of the most prestigious choral groups in the history of Cuban music,’ highlights the message read by Deputy Culture Minister, Abel Acosta, at the opening of the 31st International Choir Festival at Dolores Concert Hall in eastern Santiago de Cuba.

In his message, the Cuban President went on to say that, from the beginning, the Orfeón Santiago choir was part of the avant-garde movement of cultural change that the Cuban Revolution boosted, adding that, with its own style, the choral group has worked hard on a diverse repertoire from different regions of the world and on extolling choral creation in Cuba.

The Orfeón Santiago was founded by Electo Silva on November 15th, 1960 and made its debut in the eastern city on December 17th of the same year at the closing of El Avión de la Poesía event held at the emblematic Oriente Theater.

At the ceremony the Orfeón and the National Choir, conducted by maestra Digna Guerra, delighted the audience with part of their repertoire that included music from different parts of the world and Cuba. The 31st International Choir Festival wound up on Sunday with a closing gala that gathered different choirs from Cuba and around the world.