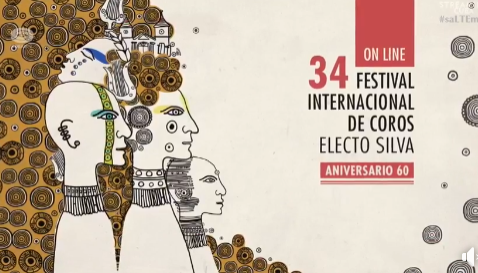 The President of the event, the director of the Orfeón Santiago, Daria Abreu, valued as remarkable the response of numerous countries to the call for the 34th edition.

Asked about the support received from artists and intellectuals in defense of the Cuban Revolution when destabilizing attempts are being plotted, the choral director affirmed that she feels proud to be Cuban and of how much can be shown in the country's culture.

Abreu said that when one travels and lives outside Cuba for a while, it is possible to compare and appraise the immense cultural work developed on the island.

Cuba is a great country, and in many places, there is love and respect for us, she remarked, referring particularly to the development of choral music, with a movement that exhibits strength and quality throughout the national territory.

The Festival will last until the 7th, with recitals in various cultural venues and a show in the central Céspedes Park in Santiago de Cuba that will put the finishing touch to five days of vocal plenitude.

The reverence of this meeting will recognize the legacy of Masters Guido López Gavilán and Calixto Alvarez, in addition to evoking the 25th anniversary of the Cuban Mass, composed by José María Vitier.