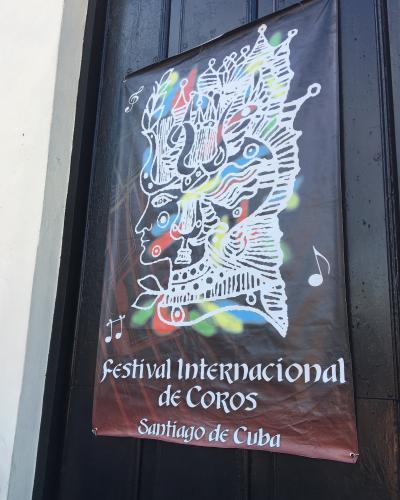 Havana, October 28 (RHC) The 33rd edition of the International Choir Festival, Electo Silva in Memoriam, opened Monday night with an artistic gala by Orfeón Santiago Choir in the Dolores Concert Hall Sala, in the eastern city of Santiago de Cuba.

The traditional cultural event was founded in 1961 and ever since has been held under the theme "Singing is Life," fostering fraternal exchanges among Cuban and international choral groups.

The event celebrates the legacy of the late maestro Electo Silva, dean of choral singing on the island, on the 91st anniversary of his birth. Silva worked intensely to encourage the development of the Cuban choral movement and excelled for his compositions and arrangements.

The guests of honors of this edition of the singing feast are renowned Cuban composers, Leo Brower, and Roberto Varela, highly acclaimed for their chamber, symphonic and choral music in Cuba.

Daria Abreu, director of the Orfeon Santiago choir and president of the Festival's Organizing Committee a warm welcome to the visiting ensembles and their directors, especially to South African Sharon Kaats and her project Peace Train, a project founded 27 years ago  with the goal of overcoming racial discrimination barriers, and visiting Cuba for the first time.

The Festival, which runs till  Sunday, also celebrates the anniversaries of the Madrigalist Choir, the National Choir of Cuba, the Orfeón Santiago, Vocal Sampling, the Chamber Choir of the National School of Art, Orfeon Holguín and the choir of Ciego de Ávila.

Choral groups from Philadelphia, Guadalupe, Mexico, the Dominican Republic, South Africa, Australia, and France, and some 20 national choirs will participate in the Festival.