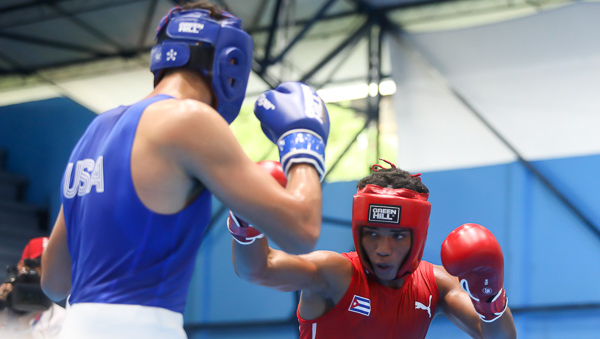 Alvarez (86 kg) defeated by RSC in the last round the representative of Kyrgyzstan, Emir Khan Razhapov, an outcome that kept his team undefeated, victorious in the opening round through Kryhztian Barrera (75 kg).

The Cuban southpaw hit better from the beginning, with good work with both hands, complemented with effective defense and elegant mobility to complete an approach that left the opponent without arguments.

The transmission originated from the venue allowed to appreciate that the decision was brought forward as a result of the Asian's nosebleed, which required three medical attentions prior to the stoppage of the actions.

Alvarez's next appearance is scheduled for Friday as opponent of the Serbian Marko Pizurica. On Thursday, his team will place Ewart Marin (51 kg) against the Filipino John Wayne Vicera and Daniel Forcade (67 kg) against the Croatian Fabijan Tomkic.