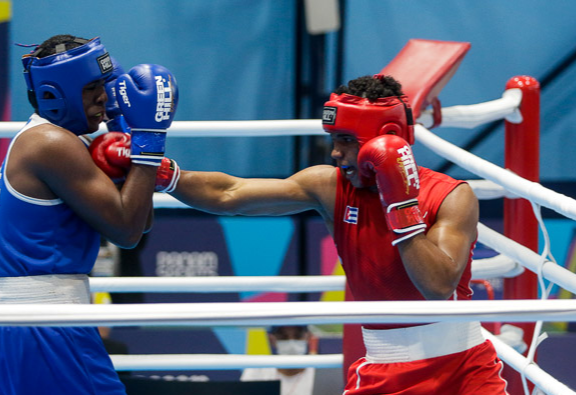 Veitía (71 kg) and Cantero (60 kg) had different debuts. The former overwhelmed Lithuanian Nidas Marma before the RSC was decreed in the middle round, and his teammate disposed 4-1 of Almaz Orozbekov, from Kyrgyzstan, who demanded more from him in acts two and three.

Both will return to the canvas on Sunday to face Germany's Ramil Schaefer and Ireland's dangerous Lee Mc Evoy, respectively.

Alvarez, champion of the I Pan American Junior Games of Cali 2021, celebrated for the second time by minimizing 5-0 to the Serbian Marko Pizurica in a fight without complications that left him a 30-25 decision and four others of 30-27.

In this way, he raised to seven consecutive victories for the Island and advanced to the bronze medal discussion, in his case agreed for Monday against Polish Patryk Borucki.

This Saturday, the Cuban squad will have in action Ewart Marín (51 kg), Daniel Forcades (67 kg) and Kryhztian Barrera (75 kg), as opponents of Uzbekistan's Ziyovuddin Alijonov, Turkey's Kagan Kanli and Canada's Mathius Wilkens, in that order.