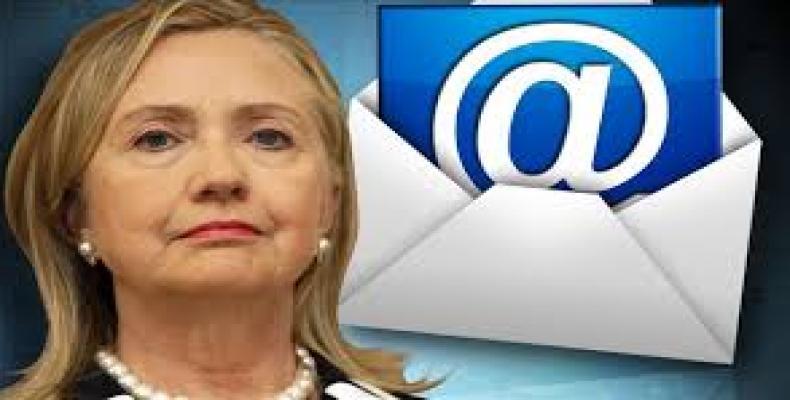 Washington, August 22 (RHC)-- A federal judge in the United States has ordered Democratic presidential nominee Hillary Clinton to provide written testimony under oath about why she used a private e-mail server while secretary of state.

The conservative advocacy organization Judicial Watch, which is pursuing a vigorous campaign to expose Clinton’s use of the private server, has filed several lawsuits against her.  And over the weekend, U.S. District Judge Emmet Sullivan approved a motion by Judicial Watch.  The judge also allowed the legal watchdog to depose a senior State Department aide who had warned two subordinates not to question her email practices.

Judicial Watch welcomed the decision.  The group's president, Tom Fitton, said: “We are pleased that this federal court ordered Hillary Clinton to provide written answers under oath to some key questions about her e-mail scandal.”

Only last month, FBI Director James Comey declined to recommend prosecuting Hillary Clinton, despite evidence she was “extremely careless” in her handling of classified e-mails on her private server as secretary of state.

Yet the controversy refuses to go away.  Last week, the FBI turned over to Congress the documents it recovered from Clinton’s private server.  Hillary Clinton has come under fire for using a private e-mail account and server at her home in New York for official emails when she was America's top diplomat between 2009 and 2013.

The State Department’s inspector general said in late May that Clinton’s personal server violated the department’s record-keeping rules and that it would have been rejected had she asked department officials.

Clinton sent about 30,000 emails to the State Department from her tenure as secretary which were then published in batches in line with a court order.