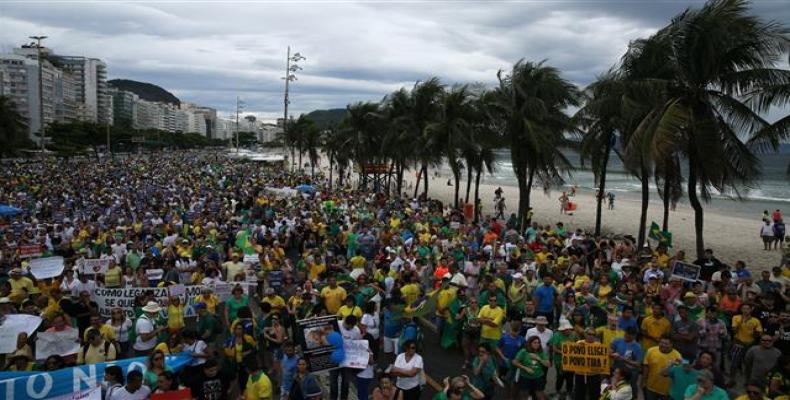 Promoted by unelected President Michel Temer, the constitutional amendment known as PEC 55 passed by a margin of 53 to 16.  The amendment will cap federal spending in line with inflation for the next two decades.  While it has been touted as helping the South American country tackle its budget deficit, critics argue it marks one of the greatest attacks on constitutional rights in decades.

The vote Tuesday was widely expected to pass with ease after Senate head Renan Calheiros, a Temer ally, was allowed last week to keep his position in the name of driving forward economic reforms despite a court injunction calling for his removal.  The proposal was first approved in the Senate on November 29th with 61 votes in favor and 14 against after passing through the lower house of Congress with similar support.  Calheiros is set to enact the newly-approved amendment into law on Thursday.

Various social movements, labor unions and opposition lawmakers have rejected PEC 55, previously known has PEC 241, on the basis that it reverses all the social gains — including advancements in health care, education and social security — that the governments of Luiz Inacio "Lula" da Silva and Dilma Rousseff introduced over the past 13 years.

Critics also argue the proposal attacks fundamental rights enshrined in the country's constitution, written in the early years after the return to democracy upon the fall of the dictatorship in 1985.

In the latest wave of protests, thousands of public sector workers took to the streets Monday in Rio de Janeiro to reject austerity policies. Students have also been on the front lines of resistance against PEC 55 with protests across multiple states in recent weeks demanding a halt to the assault on public education.