UNICEF Warns 1.4 Million Children in 4 Countries at Risk of Famine 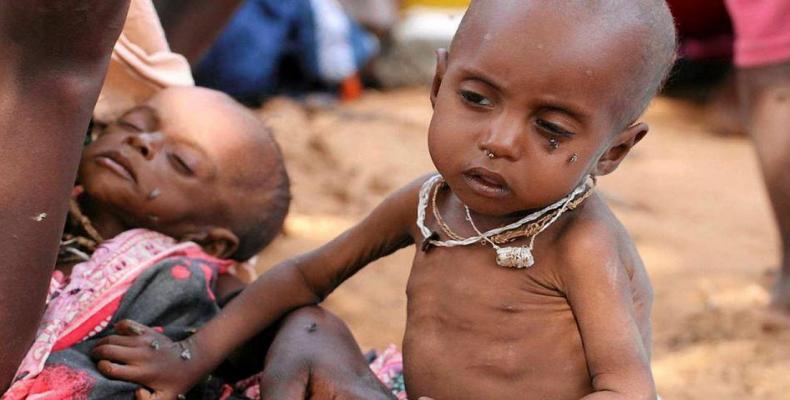 Geneva, February 28 (RHC)-- The United Nations children’s agency, UNICEF, is warning as many as 1.4 million children could die this year from famine in Nigeria, Somalia, South Sudan and Yemen.

Famine has been declared across parts of South Sudan amid an ongoing civil war that has led to a near collapse of the economy.  In Somalia, the United Nations says drought has put 185,000 children at risk of famine.  In Yemen, the U.S.-backed, Saudi-led airstrikes and blockade have led to widespread food and water shortages.  And in Nigeria, the U.N. says more than 200,000 children are severely malnourished.