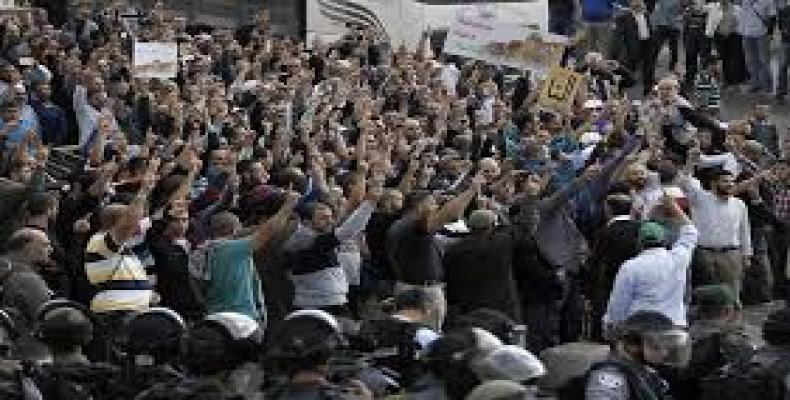 United Nations, July 24 (RHC)-- In the West Bank and Jerusalem, seven people -- four Palestinians and three Israelis -- have been killed amid a wave of violence and protests over Israel’s refusal to remove metal detectors from the holy al-Aqsa Mosque.

Meanwhile, on Friday night, a Palestinian teenager killed a man and his two adult children in their home in an Israeli-only settlement in the West Bank.  The three victims, whose names have not been released, were sitting down to Shabbat dinner when they were stabbed to death.

On Sunday, the violence appeared to spread to the Israeli Embassy in Jordan, where an Israeli security officer killed two Jordanians, after one stabbed him.  Israel has deployed more troops to the occupied West Bank amid the growing protests.

The U.N. Security Council called an emergency meeting over the violence.