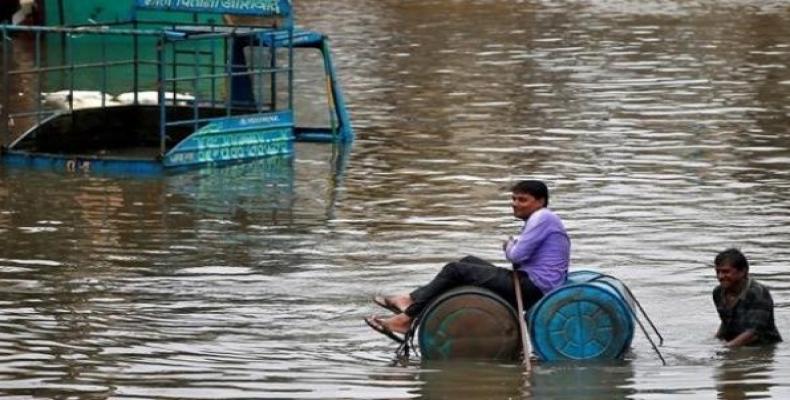 New Delhi, July 31 (RHC)-- Nearly 213 people have died in torrential rains in the western states of Gujarat and Rajasthan, according to local reports.  Rescuers continue to look for survivors as they sift through villages devastated by the heavy downpour and flooding.

"Cotton and millet harvests are expected to suffer in about three districts each in Gujarat and Rajasthan, but the biggest worry is that the extra moisture could lead to pest attacks in these areas," Devinder Sharma, an independent farm expert, told Al Jazeera.

Ahmedabad, the commercial hub, and Gujarat's capital saw its airports partially flooded, forcing flights to be diverted.  Over 150 factories were forced to shut down, and over 50,000 people were struggling to drain water from their land and homes.

According to the state-run India meteorological department, rains that began in June initiating the four-month monsoon season have been 4 percent higher than the average.