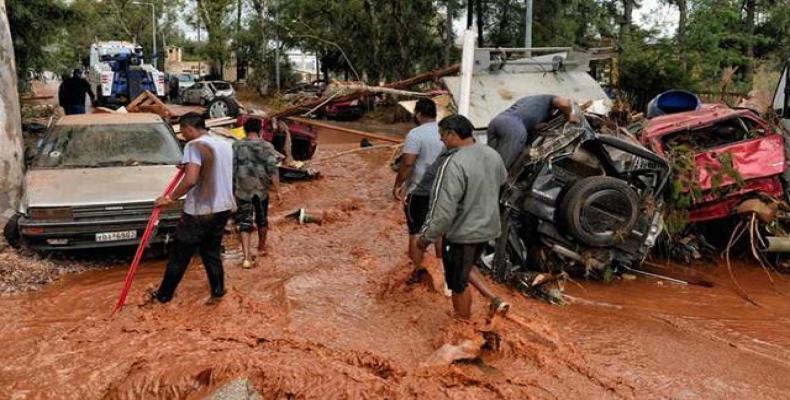 Athens, November 16 (RHC)-- The death toll in flash flooding on the western fringes of the Greek capital has increased to 14, with the fire department recovering the body of a man near the small town of Mandra.  Rescue crews have been recovering bodies, with 12 — four women and eight men — found in or near Mandra.  The bodies of two more men were picked up by the coast guard at sea, where they were believed to have been swept by floodwaters.

The deluge hit the western outskirts of the Greek capital after a severe overnight storm, inundating homes and businesses, knocking out part of a major highway and tossing cars and trucks against fences and buildings.  Firefighters received 340 calls for help to pump water from flooded buildings and rescue people trapped by the rising waters following a severe storm.

Local authorities shut schools in the areas of Mandra, Nea Peramos and Megara, while access was cut on parts of the Athens-Corinth highway leading through the area following an intense storm.  Firefighters also helped rescue passengers from a bus stranded by the floodwaters on a highway.