Death Toll from Sri Lanka Floods and Landslides Rises to 35 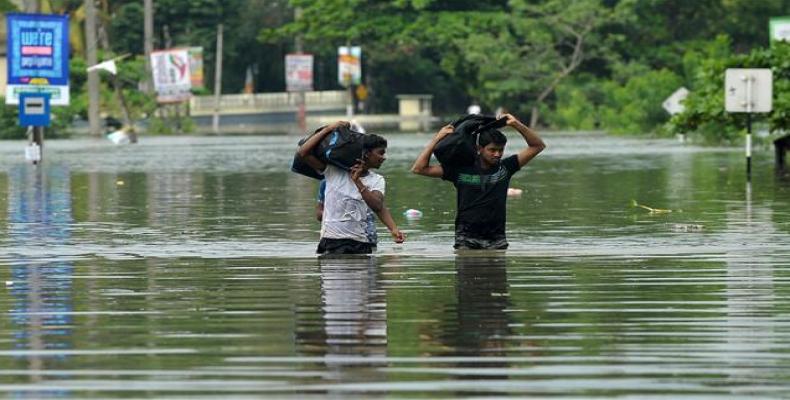 Colombo, May 19 (RHC)-- The death toll from devastating landslides triggered by massive torrential rains has risen to nearly three dozen in Sri Lanka.  Disaster officials said on Wednesday that 19 more bodies were found in houses buried under mudslides across the South Asian country, bringing the official death toll so far to 35 people.  Sixteen bodies had already been recovered by rescuers.

Officials also added that more than 150 people are feared to have been buried under landslides.  The Sri Lankan Red Cross said over 200 families were missing Wednesday and were feared buried under the mud and debris.

The disaster was triggered by more than three days of heavy raining in 19 of Sri Lanka’s 25 districts.  Rescue workers have focused their efforts on Aranayaka area, 100 kilometers northeast of the capital, Colombo, where three villages were buried under the mudslides earlier this week.

Hundreds of soldiers have joined local residents digging through the mud with their hands, sticks and shovels to search for survivors.  However, bad weather conditions continue to prevent the teams from operating faster.