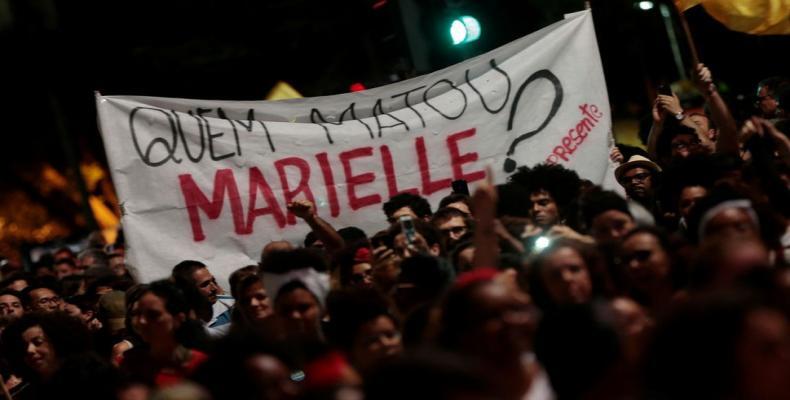 Rio de Janeiro, March 29 (RHC) – In Brazil, hundreds of protesters gathered in Rio de Janeiro on Wednesday, to demand investigation into the murder of city councilwoman Marielle Franco, two weeks after her death.

Demonstrators marched in the downtown area and demanded the killers in Franco's case be identified and brought to justice.

Franco, 39, was in the second year of her first term as a city councilor of the Municipal Chamber of Rio de Janeiro when she was murdered in the downtown on the night of March 14. The councilor and her driver, Anderson Gomes, were shot and killed inside their car, as they returned from a political event.

Franco strongly criticized local police for using disproportional violence in the slums and poor communities, as well as racial profiling.

In addition, she also denounced the militia groups who took over the communities from drug gangs but acted like the mob when they extorted money for "security and other services".

The United Nations has called for a thorough probe into the case, and so did several other international organizations.