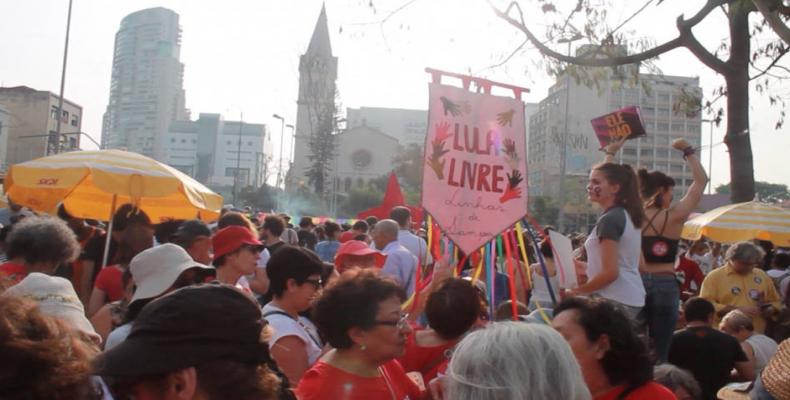 Brasilia, October 1 (RHC)-- In Brazil, tens of thousands of people took part in women-led rallies in Rio de Janeiro, São Paulo and other cities over the weekend to protest against the far-right presidential candidate Jair Bolsonaro ahead of the October 7 Brazilian election.

Bolsonaro is currently leading many polls even though he was forced to stop campaigning after being stabbed last month.  Bolsonaro is a former Army officer who has openly praised Brazil’s military dictatorship, which lasted from 1964 to 1985.  He has said he used his government housing allowance to pay sex workers, called women weak, threatened gay people with violence and called a political opponent “too ugly to rape.”

The theme of Saturday’s protest was “Not Him.”  One organizer told reporters that Bolsonaro is dangerous "because he represents hatred for our country, because he represents the loss of the few rights that the people he targets, such as Blacks, the indigenous people and the LGBT community and women, have gained so far."