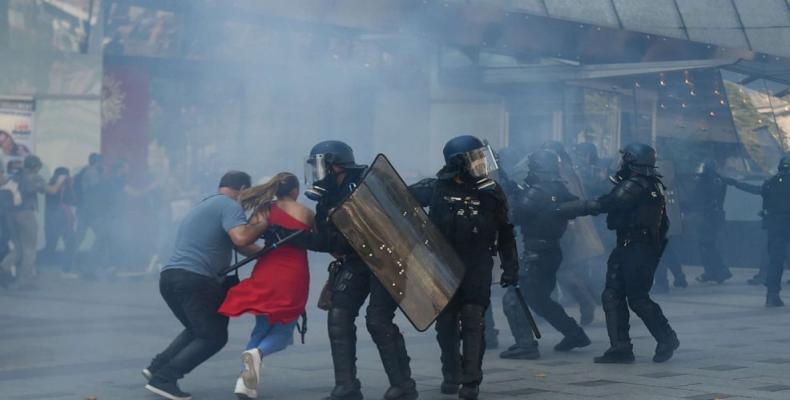 Paris, September 21 (RHC)-- France saw the worst day of nationwide violence of against protesters since May 1st, when unchecked police brutality infamously forced protesters to take refuge in a hospital.

It was the 45th consecutive weekend of Yellow Vest anti-government demonstrations, but they were joined by environmental activists, as well as trade union militants fighting President Emmanuel Macron’s right-wing reform of the pension system.

It was also France’s National Heritage weekend, when the nation’s historic and governmental sites are usually open to visitors.  This year many sites were closed and, as usual, protesters were banned from many central areas.  A massive police presence launched tear gas and rubber bullets at the elderly, women and children and beat protesters.

In Paris alone, at least 200 people were arrested, hundreds more were detained, fined and then released, many were seriously injured -- thousands hurt by tear gas.

Observers say it was yet another Saturday full of state repression across France.  The coming week will see multiple nationwide strikes against the pension system rollback, and the cycle of violence seems set to continue.