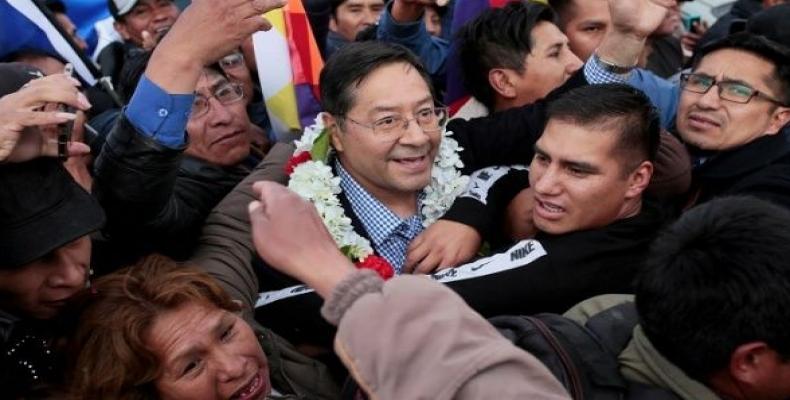 La Paz, January 29 (RHC)-- Luis Arce, the presidential candidate of the Movement Towards Socialism (MAS), has denounced that Bolivia's interim government is trying to obstruct his participation in the next elections by filing allegations of corruption against him.

"People who know me know that I have never stained my hands.  My conscience is calm," Arce said and added that "the intention of all that is clear: they don't want me to participate in the elections."

On January 21st, prosecutor Heidi Gil announced that she would expand the investigation into an alleged diversion of resources from the Indigenous Development Fund (Fondioc).  In this case, prosecutors are targeting some former officials of President Evo Morales administration (2006-2019), among whom are former Minister of Economy Luis Arce and former Minister of the Presidency Juan Ramon Quintana.

Arce is concerned about the transparency of the upcoming May elections, with members of the Electoral Tribunal having "strong links with right-wing parties."

On January 23rd, social organizations supporting MAS officially accepted Luis Arce as their presidential candidate and David Choquehuanca as their vice-presidential candidate.  According to the latest polls published by local companies such as Atlas Electoral and Taxi Noticias, 79 percent of respondents would vote for the MAS candidates.​​​​​​​