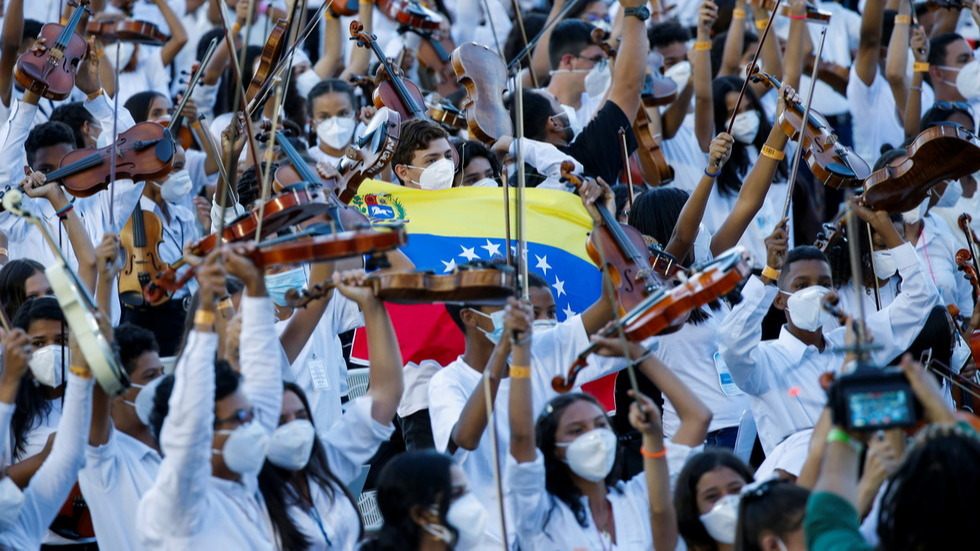 Caracas, November 15 (RHC)-- In Venezuela, nearly 12,000 young performers took part in a concert organized by the National System of Youth and Children’s Orchestras and Choirs of Venezuela, also known as El Sistema.

The courtyard of the Military Academy of Fuerte Tiuna in Caracas was picked as the venue for the mass event.  The key part of the performance was a 12-minute rendition of Tchaikovsky’s Marche Slave, which organizers hope will be acknowledged as the new record by the Guinness Book of Records.

The piece by the renowned 19th-century Russian composer, which celebrated Russia’s military intervention against the Ottomans on behalf of the Slavic peoples of the Balkans in 1877-1878, was apparently chosen as a friendly nod to the current title holder.

The Guinness record for the largest orchestra is currently held by Russian state gas company Gazprom.  Its charity funded a performance of the Russian national anthem by 8,097 musicians, gathered from 181 orchestras and 200 supporting choirs representing various parts of the country.  The record was set in 2019 in St. Petersburg. 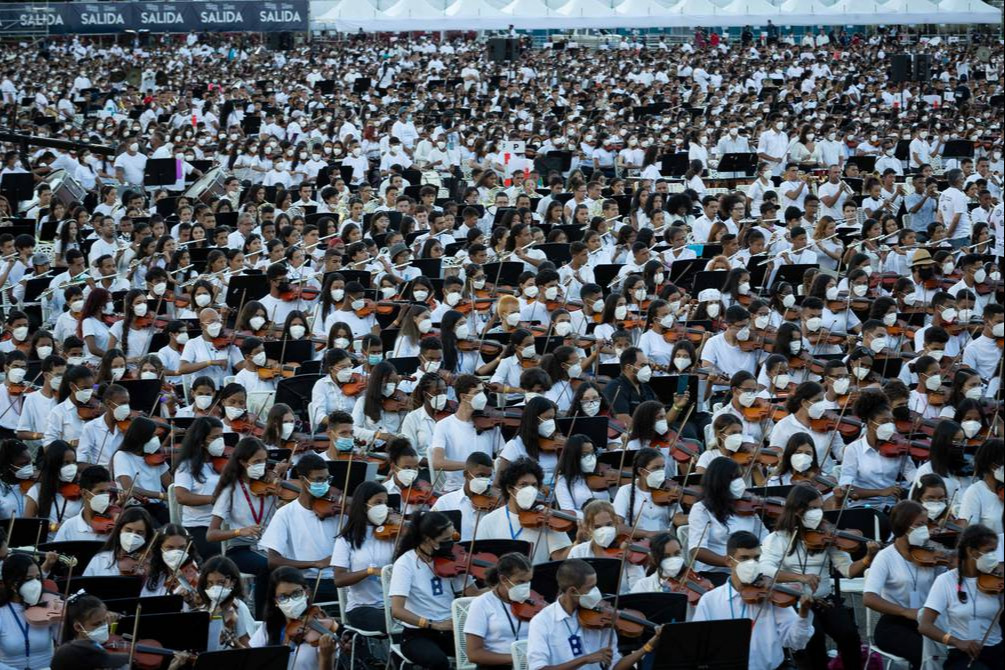 Guinness arbiters are expected to rule within 10 days on whether Venezuela’s publicly-funded music education organization and the young talent it gathered have a valid claim to the record.