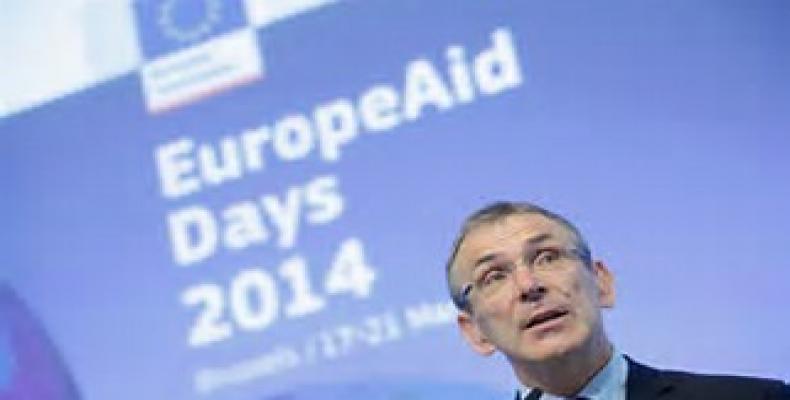 Brussels, April 9 (Xinhua) -- The European Union and its member states kept the place as the world's largest aid donor in 2014, according to a press release issued by the European Commission here on Wednesday.

According to the data published Wednesday by the Organization for Economic Cooperation and Development (OECD), EU collective Official Development Assistance (ODA) reached 0.42 percent of EU Gross National Income in 2014, increasing to 58.2 billion euros.

The EU and its member states provided more than half of the ODA reported last year by the OECD.