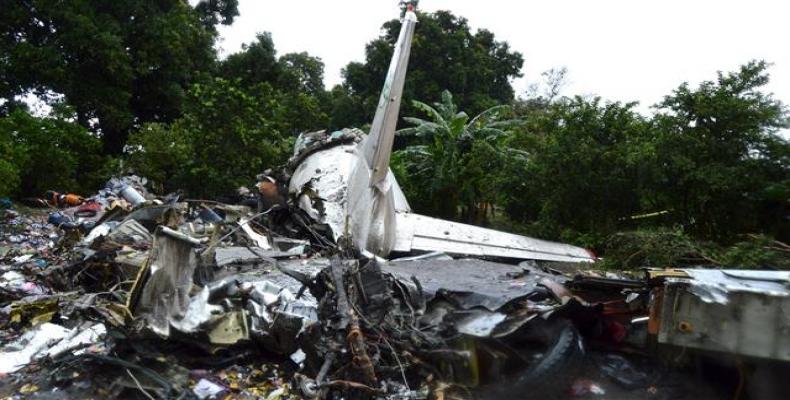 Juba, November 4 (RHC)-- At least 41 people have been killed in an incident during which a cargo plane crash-landed shortly after takeoff in South Sudan.

The casualties were caused when a Russian-built cargo plane crash-landed Wednesday shortly after taking off from the international airport in South Sudan’s capital city of Juba.

The chartered Antonov, heading to Paloch oil fields in the state of Upper Nile, went down about one mile from the airport’s runway on Wednesday morning, the United Nations-funded radio station, Radio Miraya, reported.

Presidential spokesman, Ateny Wek Ateny, said the aircraft may have had about 20 people on board, including crew members and 10 to 15 passengers, adding that an unspecified number of people were killed in the crash on the ground. He reported that a crew member and a child on board survived the aviation mishap.