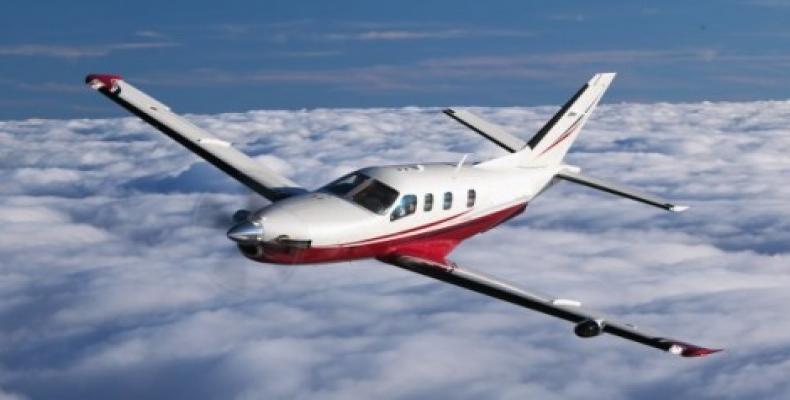 Larry Glazer, a real estate developer in Rochester, New York, was seen slumped over the controls by a fighter jet sent to escort the plane. He and his entrepreneur wife Jane, both died in the crash.

Their plane, which took off from New York on Friday morning, sparked panic when the pilot stopped responding to radio calls about an hour after take-off and passed its destination of Naples, Florida.

It continued flying south for several hours at an altitude of 25,000 feet before entering Cuban airspace and heading towards the Caribbean, eventually crashing 14 miles North East of Port Antonio in Portland on Friday afternoon. In total, it traveled more than 1,700 miles.

Cuba's civil aviation institute said Cuban airspace was not violated by the plane, as it had immediately communicated with US authorities and authorized the US military to fly a C-130 cargo plane and two F-15 fighter jets over its airspace to investigate the incident.

The plane was trailed by U.S. military jets, according to the North American Aerospace Defense Command (NORAD).

A U.S. Coast Guard C-130 will search for the plane's wreckage, while Jamaica said a search and rescue team had been dispatched to the area.

The plane, a Socata TBM-700 light business and utility aircraft, was registered to a development, Buckingham Properties, which is owned by Glazer.