Indonesian plane with 62 on board crashes into sea 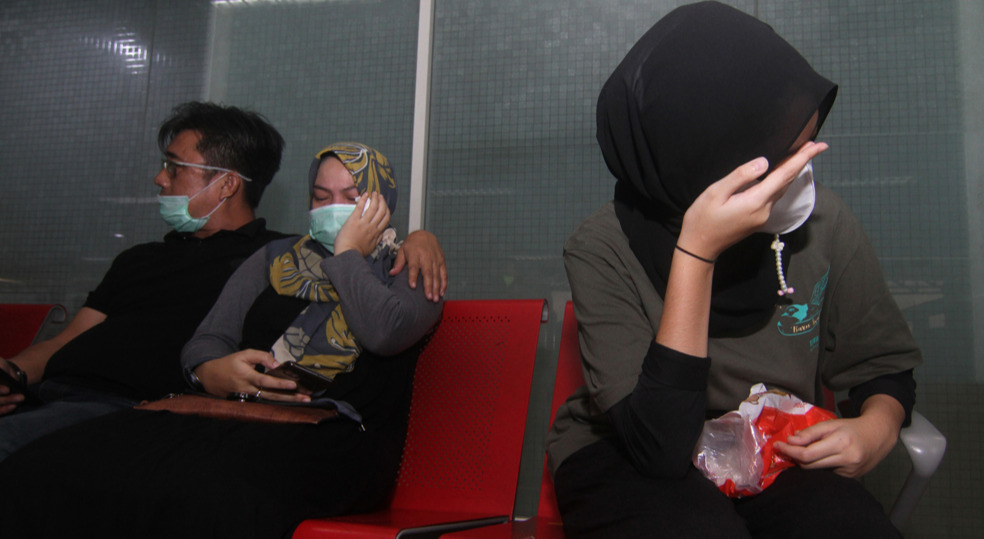 Relatives of the passengers on board the missing plane wait for news at the Supadio airport in Pontianak. (Photo:  AFP)

Jakarta, January 9 (RHC)-- An Indonesian plane with more than 60 people on board has crashed into the Java Sea, minutes after taking off from Jakarta.  The Boeing 737-524, a Sriwijaya Air flight, lost contact four minutes into the air amid heavy rainfall on Saturday.

Hours later, rescuers said they had found suspected debris in the sea off the city.  The 26-year-old plane lost more than 10,000 feet of altitude in less than 60 seconds, according to Flightradar24, the flight-tracking service.

The Indonesian National Search and Rescue Agency said a rescue team had found debris suspected to be from the plane in an area known as the Thousand Islands, north of Jakarta.

There were 56 passengers on board, including 10 children, according to the national search and rescue agency Basarnas.  Local media said there were six crew members on board.

The Sriwijaya Air said it was still gathering more information before it could make a complete statement.