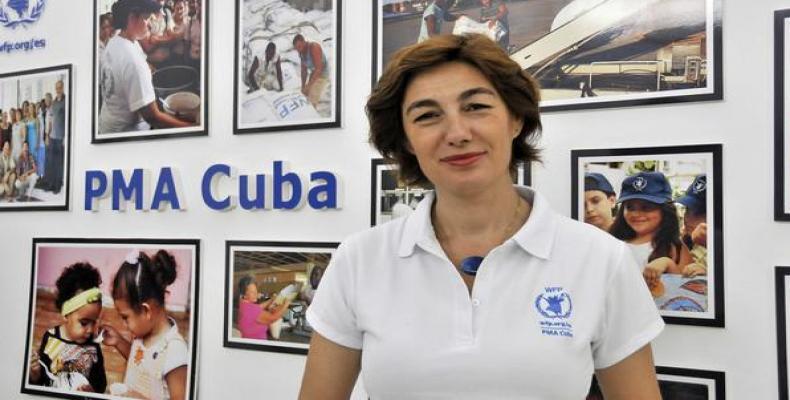 Havana, October 16 (RHC)-- The World Food Program (WFP) representative in Cuba, Laura Melo, has highlighted the low levels of human losses and efficient early warning systems on the Caribbean island in the face of natural disasters.

On the occasion of World Food Day, Melo noted that the World Food Program is working with Cuba on national social protection programs, including those based on food.

In a message posted on the Cubadebate website, Melo said that the island's programs are among the most efficient in the region and guarantee the stability of providing food to the most vulnerable people in both normal and disaster situations.

The humanitarian official stressed that pregnant women, children and the elderly have access to safe food in daycare centers, schools, nursing homes and family care centers.

Melo recalled that since 1963, the UN specialized agency has worked with Cuban authorities on more than 20 operations with a value of more than 33 million dollars.

In her message, she pointed out that after the damage caused by Hurricane Irma last month, the World Food Program provided support to the Cuban government's response efforts, benefiting more than 600,000 people in municipalities in the center of the country.

The WFP representative said that Cuba is recovering, but the medium- and long-term consequences are a great challenge and "postpone opportunities for visible economic growth in family income."