After one Year of Commercial Flights to Cuba, Delta Airlines Wants to Expand Operations to the Island 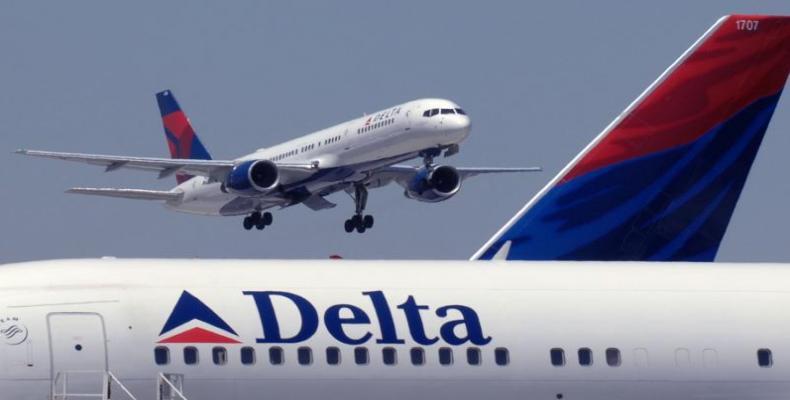 Havana, December 2 (RHC)-- With three ticket sales offices operating in Havana and 93,000 passengers transported between Cuba and the United States, Delta Airlines is celebrating with satisfaction its first year of direct flights to the Island and is seeking to expand operations.

"We have done very well, and we are very happy," Rodrigo Bertola, director of the Delta´s South America, Central America and the Caribbean branch told a press conference in Havana.

This Friday was the first anniversary of the resumption of that airline's direct flights to Cuba, after more than half a century of suspension. It currently operates daily flights between the US cities of New York, Miami and Atlanta to the Cuban capital.

The Atlanta-based company was the first US airline to open a ticket sales office in the Havana sector of La Rampa in November 2016. On September this year, it inaugurated another point of sales in the Miramar area, which was added to the office it manages at the José Martí International Airport.

Unlike other US companies that have decided to cancel their flights to Cuba, Bertola revealed that his airline is opting for a second frequency on the Miami-Havana route in the face of high demand.

The director said that the level of occupancy of flights remained around 70% and described that figure was as "positive" for a new destination that is subject to limitations.

Regarding the impact of the new regulations of Donald Trump Administration against Cuba, which make more difficult the trips of US citizens to the island, he indicated that they are still "very recent" and his company is studying them for compliance.

"We must remember that when we started there were also limitations, the 12 categories of travel, now we only have new rules," he added. "We have to see how we maximize opportunities amidst the new conditions to make the business to work."

The change in the climate of the relations between Havana and Washington, as well as a drop in the number of travelers, were some of the reasons given by Alaska Airlines and Silver Airways to withdraw their routes to Cuba.

However, Bertola considered that the demand for flights remains and his company will make adjustments to continue operating, regardless of what the regulations are.

The executive thanked the Cuban authorities for their help in guaranteeing the operation of his company on the island and said that the working relationship was "very positive".