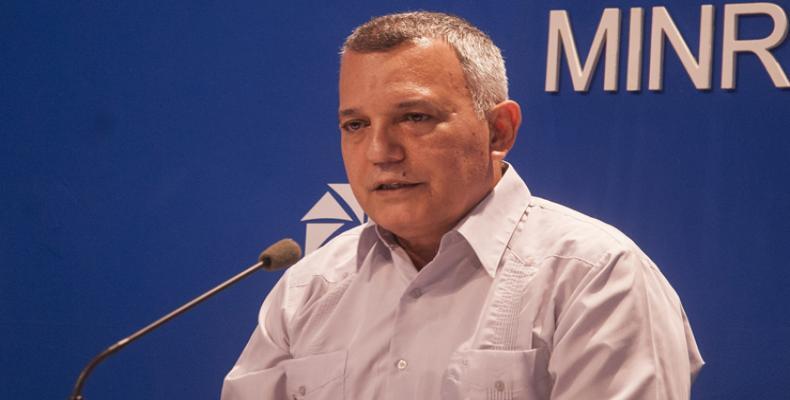 Havana, June 27 (RHC)-- Antonio Israel Ybarra, Secretary of the Cuban National Commission on Drugs (CND), confirmed Tuesday the country's zero tolerance policy on drugs. He pointed to the implementation of comprehensive strategies to both prevent and confront substance abuse and drug trafficking.

In statements to the press in Havana on occasion of the International Day against Drug Abuse and Illicit Trafficking, observed every year on June 26, the Cuban official said in 2017, alone, more than 5.5 tons of illicit drugs were seized, mainly packages that had washed ashore.

He further explained that 95 percent of the seized drugs were marijuana and cocaine bags, thrown by smugglers into the sea to either avoid controls or their usual modus operandi of discharge and pick up traffic when in route to consumer nations.

"Cuba is neither a drug transit nor a consumer country. Actually, the country's drug abuse rate is really low, 0,038 percent, according to a prevalence survey conducted recently," Ybarra said.

He said that in 2017, a total of 48 people, both Cubans and foreigners, were tried on charges of drug trafficking, while at Cuban airport, customs authorities sized 57.4 kilograms of illicit substances in 94 separate incidents.