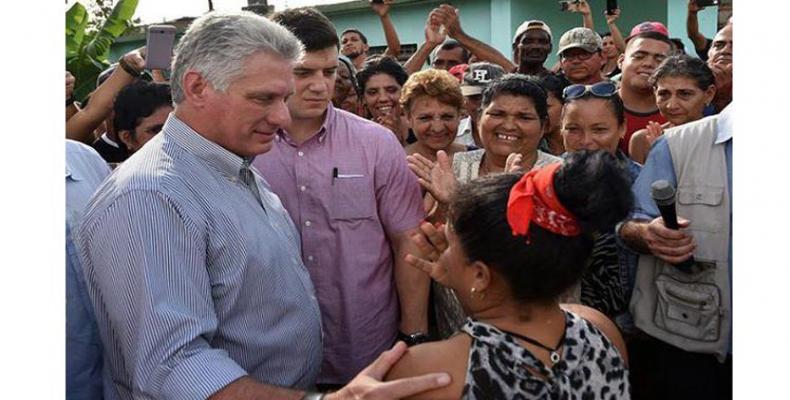 Camaguey, October 19 (RHC)-- Cuban President Miguel Diaz-Canel is on a two-day working visit to the province of Camaguey, accompanied by a government delegation.

His first stop was at the Urbana Lope Recio Loynaz Secondary School, where students were about to end their day.  During an informal chat, Díaz-Canel talked with ninth-graders about the quality of the teaching-learning process and the amount of time they spend on independent study, in addition to questions about their school and weekend recreational opportunities in their communities.

With a population of more than 120,000 residents, the municipality of Florida has a health care system that additionally includes a pediatric hospital, two polyclinics, 63 community family doctor’s offices, two elder rest homes, a maternal center, and a neighborhood center for older adults.

Upon hearing that all facilities have received some kind of constructive improvement this year, Díaz-Canel insisted on the importance of medical personnel, patients and families working together to care for the installations and preserve all that has been repaired.

He conveyed a similar message to neighbors who gathered outside of both the school and the hospital to greet him, saying that the government is focused on the priorities and needs of local residents, but that their active participation is needed to deal with persistent problems.