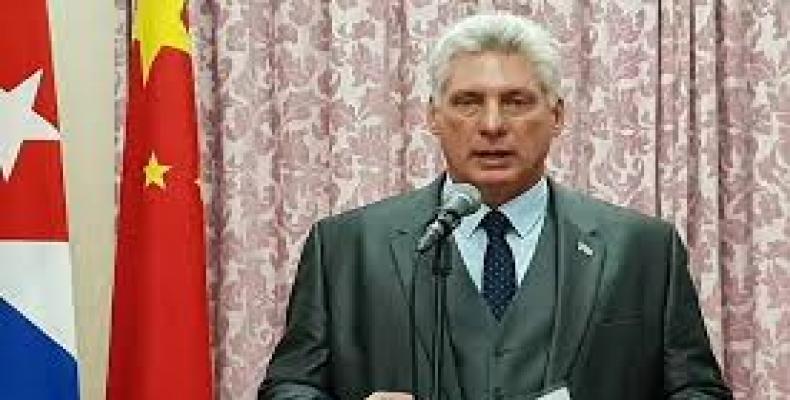 Hanoi, November 8 (RHC)-- The president of Cuba, Miguel Díaz-Canel, has arrived in Vietnam on an official visit.  He was received in Hanoi by officials of the Vietnamese Foreign Ministry.

During his visit to that Southeast Asian nation, which will run through Saturday, Diaz-Canel will meet with the General Secretary of the Communist Party and President, Nguyen Phu Trong; Prime Minister Nguyen Xuan Phuc, and the head of the National Assembly Nguyen Thi Kim Ngan.

The Cuban president will review commercial, economic and cooperation ties with Vietnamese officials and will preside over the signing, on Friday, of a new trade agreement between the two nations.