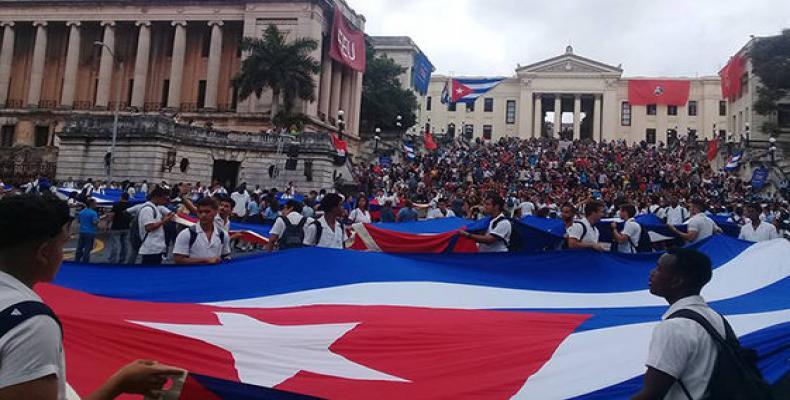 Havana, November 28 (RHC)-- Thousands of Cuban youth marched to La Punta on the Malecon in Old Havana on Tuesday to remember the brutal murder of Cuban medical students by Spanish colonial authorities in 1871.

During the ceremony, participants in the march -- which included students from the University of Medical Sciences of Havana -- reiterated their unwavering commitment to the Cuban Revolution and to upholding the principles of freedom and social justice.