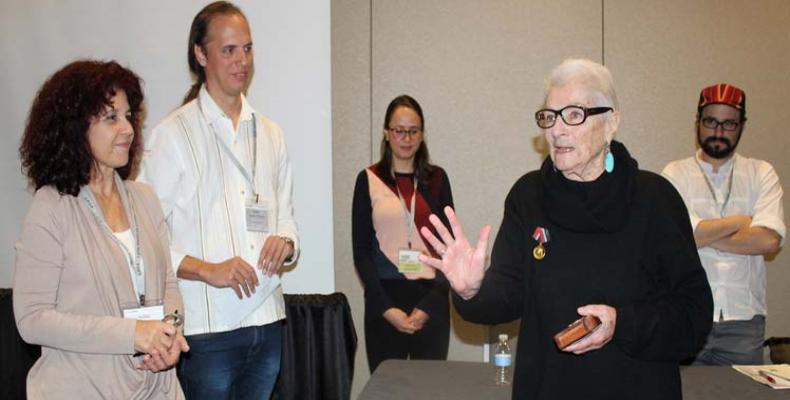 Boston, May 28 (RHC)—Cuba has bestowed US writer and activist Margaret Randall  the Haydee Santamaria Medal granted by its Council of State to foreign intellectuals.

Randall received the recognition during the 37th edition of the Latin American Studies Association (LASA) Congress which concluded in Boston on Monday.

The writer is the author of To Change the World: My Years in Cuba, and Exporting Revolution: Cuba's Global Solidarity.

Authorities of the Havana-based Casa de las Americas, whose first director was Cuban revolutionary Haydee Santamaria, gave the distinction to Randall at the end of a panel on the important literary magazine Feathered Horn, of which the US writer was co-editor.

The medal recognizes Randall’s prestige in the cultural and artistic world, and her great work over the years, which has contributed to the achievement of Casa de las Americas goals works since its foundation, as expressed by a resolution signed by Cuban President, Miguel Diaz-Canel.

In statements to Prensa Latina, the writer said that the medal acknowledges her work life, which has not ended yet.

“It is a recognition that I thank and pushes me to continue working and fighting, “she said.

Margaret Randall lived in Cuba from 1969 to 1979, after being forced to leave Mexico for her opposition to the Tlatelolco massacre.