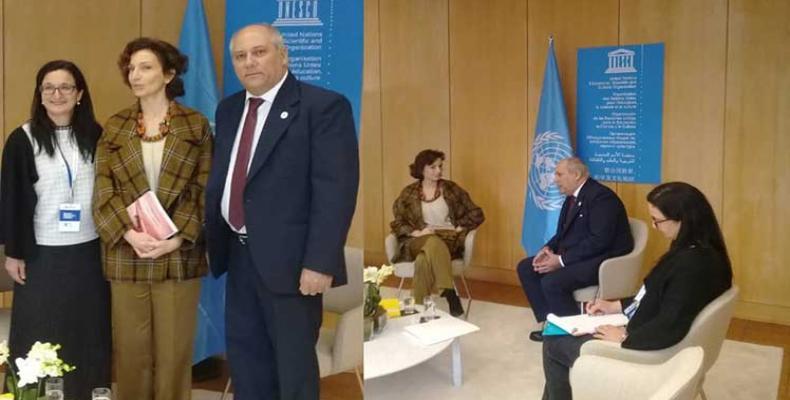 Paris, November 20 (RHC)-- Cuba’s Minister of Culture, Alpidio Alonso, assessed the role of culture in the United Nations Agenda 2030 for Sustainable Development, during a multilateral forum held at UNESCO headquarters in Paris.

In his address to the event, Alonso said that for Cuba, culture has prime importance in the fulfillment of Agenda 2030 and added that without the participation of culture, no development is possible.

The head of the sector added that culture is valued not in a commercial sense, but as an element of social cohesion and booster of societies, which brings together the best feelings of the human being.

The minister commented that these are the criteria with which Cuba attends the Forum of Ministers of Culture, while praising how the meeting was organized and the emphasis that has been placed on culture.

On Wednesday, Minister Alonso met with UNESCO´s Director-General, Audrey Azoulay, and they spoke about the links between the Caribbean island and the UN Organization.

Azoulay acknowledged Cuba´s progress in the cultural sector and said she is looking forward to her visit to the island, scheduled for December.