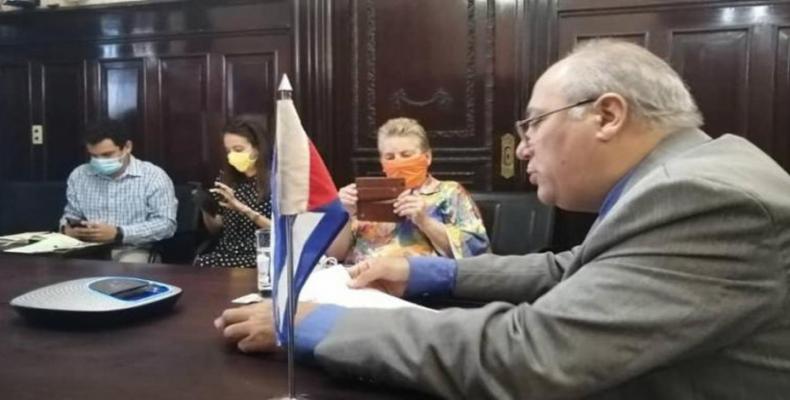 Havana, April 22 (RHC)-- Alpidio Alonso, Cuban Minister of Culture, spoke at a virtual meeting of ministers of the sector convened by the United Nations Educational, Scientific and Cultural Organization (UNESCO).  The Cuban culture minister pointed out that Cuba is sparing no resources or efforts to face the pandemic, and that guided by Army General Raúl Castro and President of the Republic Miguel Díaz-Canel, the Cuban people are giving an exemplary show of discipline, unity and resistance.

Alpidio Alonso stressed that as part of this effort, writers, artists and cultural workers are making a beautiful contribution.  Cultural institutions and creators' organizations, with the support of television, radio, the press and multiple communication platforms, have conceived and supported hundreds of actions and initiatives that carry the humanist and solidarity message of culture.

With them, cultural life has not been extinguished, and art and literature continue to be present among Cubans, he said, while assuring that in the midst of the danger of COVID-19, "we are witnessing a true rebirth of creation and solidarity participation."

He said that although most of the institutions have closed temporarily, the State decided to maintain the salary support to creators and workers of culture, according to different modalities of work.  The culture minister pointed to online concerts featuring musicians from various generations, poetry recitals via the Internet, book donations in hospitals and isolation centers, artistic performances from balconies, television 'clips' with educational messages, home videos recording scenes with magicians, circus performers, dancers and other events.

He also referred to drawing and painting contests for children, workshops of artisans transformed into efficient factories of nasobucos (protective masks), and dozens of compositions inspired by this dramatic moment, which show a spiritual vitality.