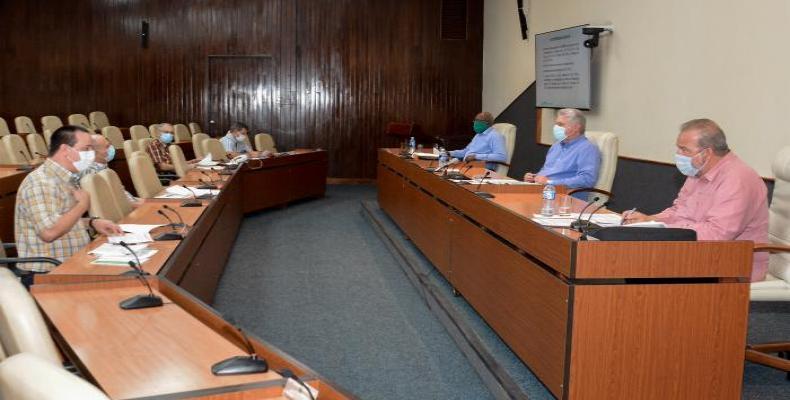 Havana, April 23 (RHC)-- After 43 days since the first confirmed cases of COVID-19 on the island, the Cuban government, headed by President Miguel Díaz-Canel and Prime Minister Manuel Marrero, continued the detailed analysis of the implementation of the Plan for the Prevention and Control of the New Coronavirus.

Public Health Minister José Ángel Portal Miranda gave an update on the situation in Cuba with the epidemic, where the territory with the highest incidence of the disease continues to be the special municipality of Isla de la Juventud.

The minister said that over the past day, two new local transmission events were opened, bringing the total to 34 such events in Cuba, located in 27 municipalities in 12 provinces, and on the Isle of Youth. Regarding the two new events, he reported that one of them is located in the popular council Buenos Aires-Bella Vista, in the municipality of Camagüey, and the other in the popular council Nicaragua, in the municipality of Banes, Holguin.

He said that in the last day 11,554 people were self-surveyed, of which 65 said they were in contact with positive cases and 1,801 said they had some symptoms.  Most of them, he said, were treated by the family doctor.

Deputy Prime Minister Roberto Morales Ojeda once again took up the issue of the quality of the investigation, which must guarantee adequate follow-up for the population, so that each person can receive the treatment they require.

He stressed the need to analyze in detail the functioning of hospitals and laboratories and to comply with the terms established for the time in which the PCRs should be carried out on suspects and contacts, an action that allows for greater vitality in the containment of the pandemic.