Diaz-Canel: The priority is ideological 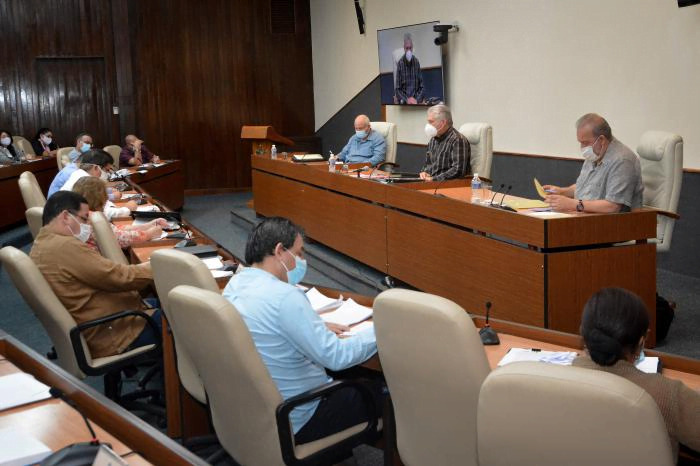 Havana, February 12 (RHC)--"Everything that affects the Revolution has to worry the cadres," said Cuban President Miguel Diaz-Canel Bermudez, reflecting on the negative impacts of the Ordering Task has had on the population because many of those who had to implement it, at different levels, were not well prepared.

"The cadres have to assume the complexity of the processes, to study every day." And the first thing is their ideological preparation and that of the labor collectives; he said Thursday during a meeting to analyze the work of the Food Industry Ministry and the branch's business system in 2020.

The monetary reform needs a constant link with the population, sensitivity to the people's problems, and revolutionary restlessness. It is not a matter of fulfilling tasks. If the new prices were high, he illustrated that the cadres had to raise the alarm, not to remain silent.

Nobody -he added- has the absolute truth to solve a problem. It is necessary to create consensus and take advantage of collective intelligence. Authority must be earned by working well. The priority, Díaz-Canel insisted, is ideological; economic categories alone will not give us development.

Regarding the food industry's work in 2020 and the projections for this year from a government management perspective, he explained that the country's institutional framework must continue to be strengthened. Everything that is done must be in line with the Constitution of the Republic and the laws.

The Food Industry's entrepreneurial system has to be shaken, and it has to take advantage of the 43 measures for the strengthening of the socialist state enterprise and make the most of the Ordering Task, he reflected.

Díaz-Canel recalled the three pillars of government management: innovation (applying science, research, to go to innovation and solve the problems we have), informatization (strengthening government and e-commerce), and social communication.

We -he concluded- can do more: more production, more efficiency, more offers, better designs, different product ranges, greater optimization of processes... Only then can we have a better economic and financial situation. Only then will people earn more, and we will be better off.