Authorities call for protection of the population from Hurricane Elsa 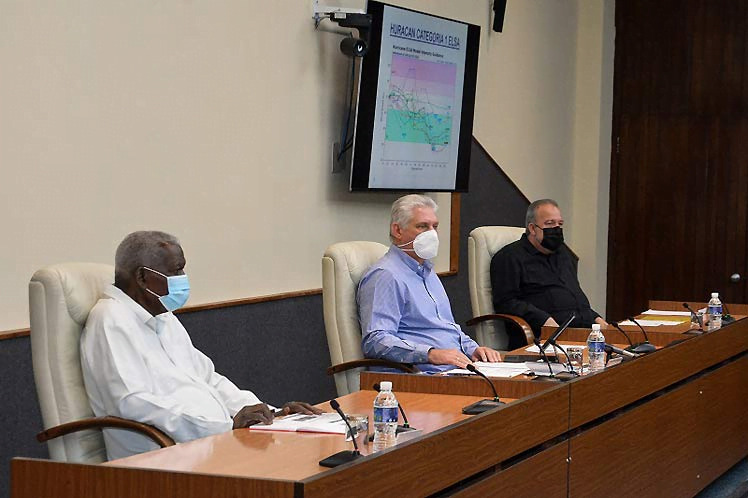 Havana, July 3 (RHC)--Cuban President Miguel Díaz-Canel insisted on ensuring the protection of the population given the imminent presence of Hurricane Elsa through the country this weekend.

According to local television, during the meeting of the Economic-Social Bodies of the National Defense Council, the President reviewed the actions of the different working groups and called for the safeguarding of material resources.

In particular, the head of state referred to the need to guarantee the energy vitality of fundamental centers such as hospitals.

The island's Minister of Public Health, José Ángel Portal, urged to take extreme hygienic measures at this time since we cannot lower our guard against Covid-19, which is currently present throughout the country with a high level of incidence.

For the same reason, he pointed out that the evacuation centers must have the corresponding assurance regarding water and disinfection measures.

Portal recalled the importance of protecting pharmacies, increasing blood donations, and guaranteeing the movement of the medical-surgical brigades so that they are in the right places before there are complications.

According to the Forecast Center of Cuba's Meteorological Institute, Hurricane Elsa should pass very close to the country's southeastern provinces early Sunday morning.

Dr. Celso Pasos, director of the Center explained that it is necessary to be attentive to the trajectory of the hydrometeorological phenomenon since models anticipate impact throughout the national territory, mainly due to heavy rains.