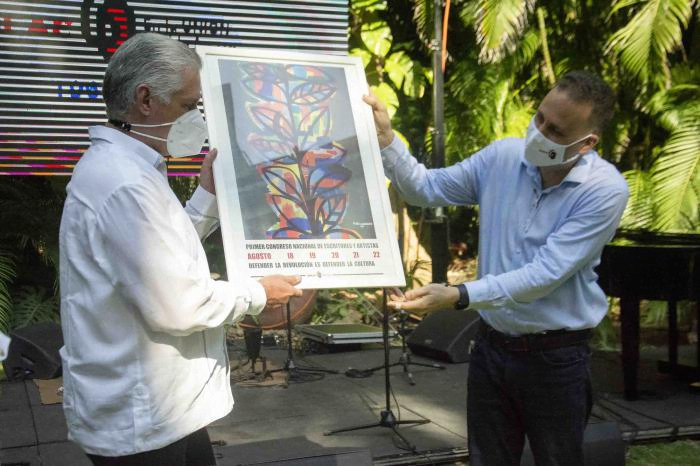 Havana, August 21 (RHC)-- Cuban President Miguel Díaz-Canel attended the commemoration ceremony for the 60th anniversary of the Union of Writers and Artists of the country (UNEAC).

At the ceremony, which was attended by the Minister of Culture, Alpidio Alonso, along with leading figures of the artistic and cultural scene of the Caribbean nation, the top leader of the organization, Luis Morlote, recalled the historic leader of the Cuban Revolution, Fidel Castro, the architect of its founding.

In his remarks, he recalled Fidel's closeness with the country's intellectuals, with whom he shared different moments, among them several UNEAC congresses.

Morlote referred to how the more than eight thousand members of the organization assumed a leading role within the Antillean island in education, artistic education, the struggle for gender equality and against racism, and community work, among others.

UNEAC, said its President, has been a point of confluence, a space for the visualization and conquest of the future, and a force within the Cuban Revolution.

We will continue working to save culture, which makes us freer and fuller, the one that is more patriotic and does not collude with bureaucratism, he said.

Founded on August 22, 1961, by poet Nicolás Guillén and other artists and intellectuals, the organization brings together the country's cultural vanguard