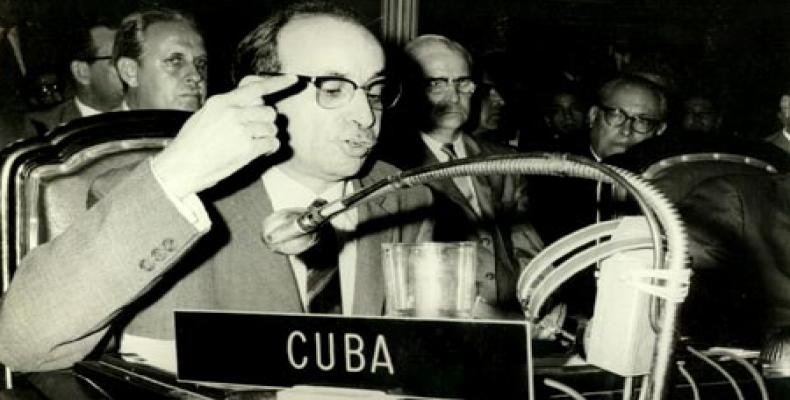 Havana, December 23 (RHC)-- Cuban President Miguel Diaz-Canel has conveyed his congratulations to all the island’s diplomats on the occasion of the 60th anniversary of the Ministry of Foreign Affairs.

“Congratulations to our honorable diplomats, to the workers of the Ministry of Foreign Affairs and to the Cuban people for building, making, defending and exalting our foreign policy on the 60th anniversary of MINREX,” the president wrote on Twitter.

The ministry was founded on December 23, 1959, by a decree of the Revolutionary Government.  The decree replaced the Ministry of State, a mimetic copy of the U.S. Department of State.

Raul Roa Garcia, was the first foreign minister, and due to his extraordinary defense of the Revolution, he became known as the Foreign Minister of Dignity.